What will it take to bring smarter family policy to BC?

Did you know that the BC government has set a goal to reduce early childhood vulnerability to 15% by fiscal year 2015?

You can hardly tell by their actions. BC did introduce full-day kindergarten in some communities this fall, but other than that the family policy front has been rather quiet lately.

The latest childhood vulnerability numbers won’t tip you off either as vulnerability has grown over the last decade, reaching 30.3% in 2009/10.

Don’t get me wrong. Setting goals is an significant first step and the government should be commended for taking a stand on this important issue.

However, without changing policy and taking action goals remain nothing more than laudable aspirations.

This is precisely the point that the Human Early Learning Partnership (HELP) at UBC makes with their new BC Smart Policy Report Card, released earlier in September. The report card assesses government actions in the area of family policy and compares them to benchmark recommendations developed by HELP in their 15 by 15 report, which was commissioned by the BC Business Council last year.

The findings? There has been some movement on the family policy front over the past year, but the BC government has only made about 5% of the recommended new investments in family policy. At this rate, the researchers estimate that it would take 20 years to reduce early childhood vulnerability to 15%, or 15 years longer than the government’s stated goal of “15 by 15.” It seems that the provincial government is well on its way of failing to achieve their goal unless they take decisive action on family policy and soon.

Many would have been satisfied to end it here with calling current government family policy a failure and making a call for bolder action. But HELP’s report card moves beyond name calling and assigning failing grades to analyze what it would take for smart family policy changes to be implemented.

HELP researchers recognize that politicians are rarely leaders; they follow what they perceive to be the popular mood among their constituents. So HELP’s report card looks beyond the need for political leadership and explores the role of the broader community in pushing for increased investments in smart family policy. Here’s their read on where the broader community is at and where it needs to be: 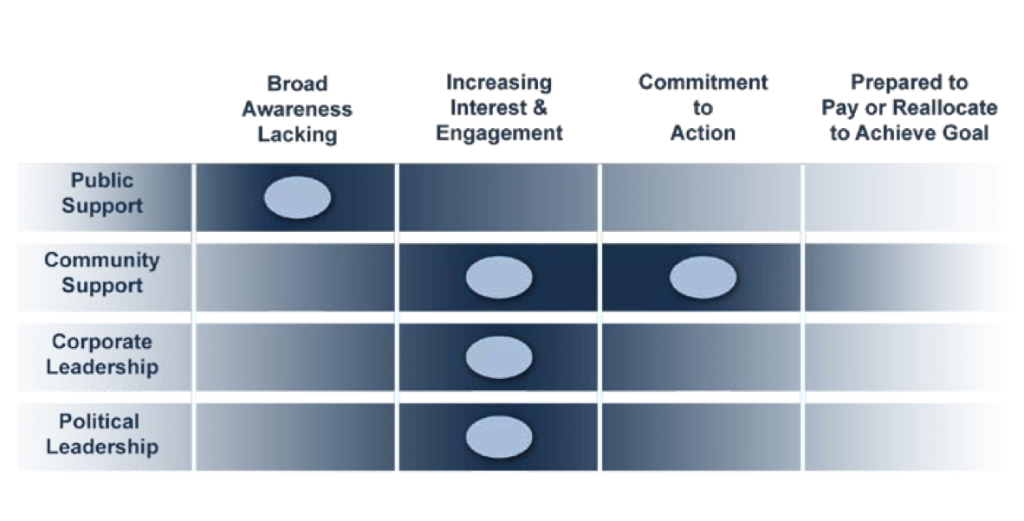 British Columbians need to talk about how to find new funding or reallocate existing dollars in order to invest in the social and economic benefits that smart family policy will promote.

HELP researchers end their report card with an appeal to all British Columbians to take responsibility for changing the status quo:

Please start talking about [the key questions and trade offs] at your dinner tables, among your neighbours, in your offices and with your political leaders.

I fully agree that starting the conversation is how we move forward. So why not start by posting a comment here on the blog and, as I’ve noted before, by participating in the 2011 BC Provincial Budget Consultation?

New voices in support of a BC poverty reduction plan