Child poverty isn’t a question of jobs: 9 of the 17 cities with lower child poverty rates than Vancouver experienced higher rates of unemployment in 2010. This is why it’s so important to talk about the living wage in Vancouver (and wages in general). 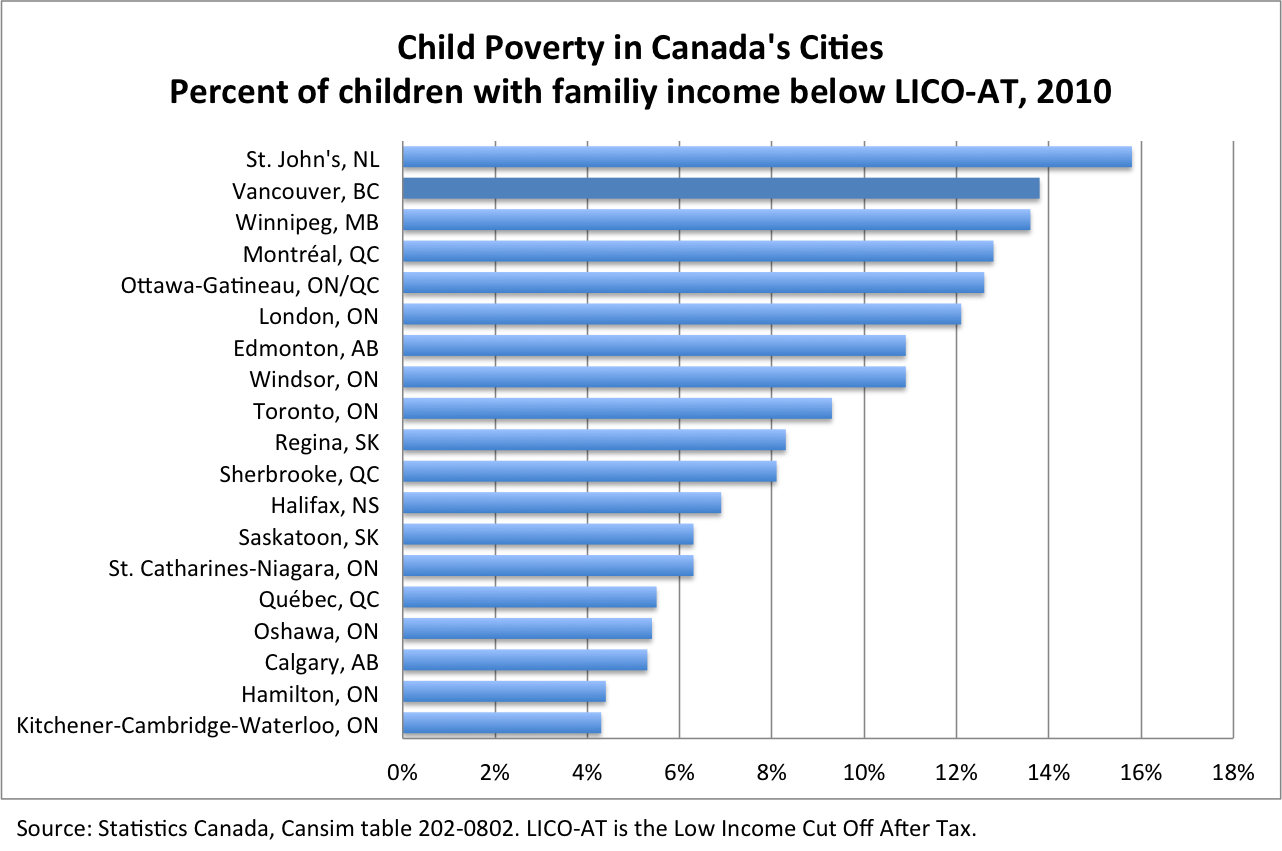 Statistics Canada reports on child poverty rates in selected municipalities with a total population of at least 100,000 (known to statisticians as census metropolitan areas). The data are updated every summer and can be found in CANSIM table 202-0802.

Why does BC have the highest poverty rate in Canada?