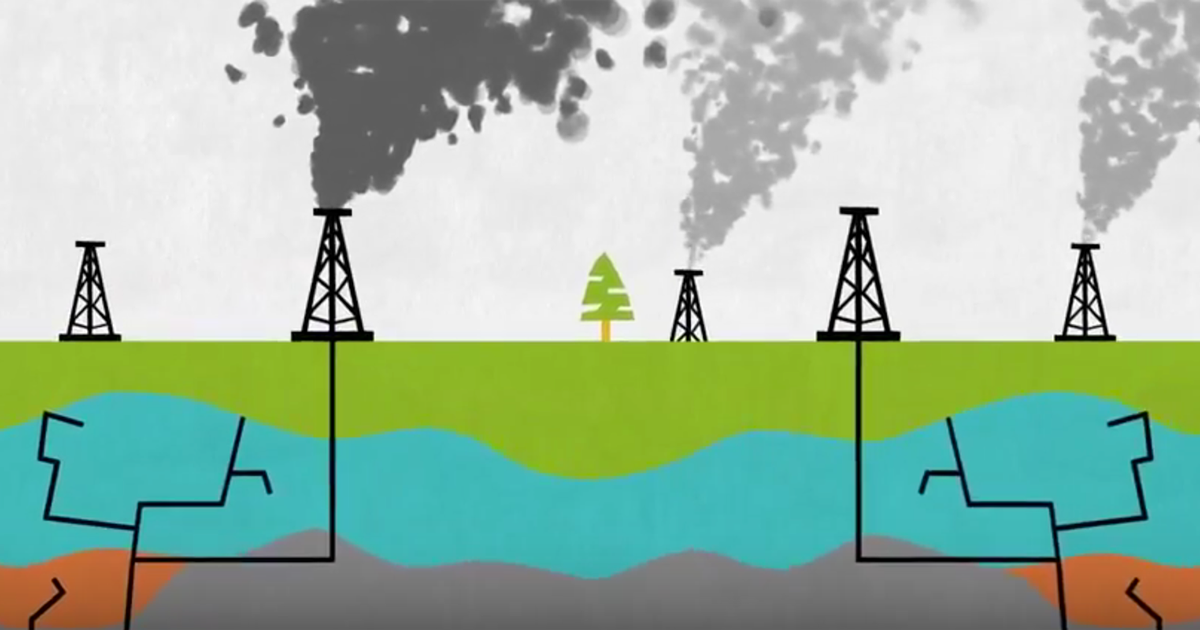 For more than two years, the British Columbia government has vigorously fought efforts to compel the release of information on the hundreds of millions of dollars in subsidies that it doles out to fossil fuel companies each year.

It has either refused outright to release documents or it has handed over pages of essentially worthless information with all the dollar figures and company names blanked out.

Now, thanks to successive appeals to the Office of Freedom of information and Privacy by the BC office of the Canadian Centre for Policy Alternatives, the public finally has details on just how extensive those subsidies are.

The list shows for the first time publicly the astonishing scale of the so-called “deep well credit” program and provides insight into how much companies that drill and frack for natural gas in northeast BC continue to be bankrolled by the provincial government.

The public finally has details on just how extensive those subsidies are.

Established in 2003, the deep well credit program was intended to underwrite some of the costs that fossil fuel companies incurred for drilling deep and later horizontal wells. Back then, such wells were far less common than today and companies that drilled them gained credits for doing so. The credits were then used to lower the royalty payments companies paid to the Province once the gas flowed. Companies only pay royalties at the end of the exploitation and production process.

In the 17 ensuing years, however, such wells have become standard industry practice, meaning that the credit program is effectively an embedded subsidy.

The new information that the government was compelled to release shows that in fiscal year 2018, a total of 26 fossil fuel companies earned a combined $703 million in credits. The biggest credit recipient at more than $143 million was Cutbank Dawson Gas Resources Ltd., led by Encana, a company that made hefty political donations to the provincial Liberals ($1.2 million) and NDP ($113,000) between 2005 and 2017.

When the credits received by the next four largest recipients are added to those of the Cutbank group, they total $464 million, which means that two in every three credits that year went to just five companies.

Included in that list is Petronas Energy Canada Ltd., the Malaysian-owned company that is one of the principle partners in the approved Canada LNG project, which when built will benefit from an array of subsidies including corporate tax breaks, discounted electricity prices and deferred provincial sales taxes on construction costs. If you see a pattern here, you are not alone.

Companies only get to exploit natural gas resources after paying for “subsurface” rights, which are obtained through one-time auctions by the Province known as land sales, even though it is not the land itself that is sold but what lies beneath it.

Only after such sales, can companies drill and frack for natural gas. And only after that, do they pay royalties to the Province on the gas produced, which recognizes that the resources are publicly owned.

Unlike Norway, which invests its royalty proceeds for the future, BC’s royalties go into general revenue. But the royalties flowing into the provincial treasury are rapidly shrinking. In 2018/2019, the total value of all natural gas royalties was $102 million compared to a decade earlier when it reached $1.3 billion.

Making matters worse, the amount of gas produced in BC has risen more than 70 per cent over the same time period, meaning the public received far less money as far more gas was produced.

Part of the reason for the precipitous decline in royalties is that they are tied to the market price for gas and market prices have fallen sharply. But it is also the case that the credits have contributed to anemic royalty revenues. And with a combined $2.62 billion in credits sitting in the credit account, thanks to the credit program’s 17-year duration, those anemic revenues will be a fixture for years to come.

This is clearly not information that the government wants made public and may explain why in 2017 it tried to suggest it could not be released because it constituted sensitive “tax” information. When that argument was later successfully challenged under appeal by the CCPA, the government then argued in 2018 that publicizing such figures would harm the interests of undisclosed “third parties.” The CCPA challenged that argument too and eventually after much delay the credit amounts were released.

What the public still does not know, but should, is just how much in royalties Encana, Petronas and others pay annually. This too has been requested by the CCPA. But if you guessed that the finance ministry has refused once again to release it, you guessed right.

So once again, the CCPA has appealed the government’s decision to withhold the documents to the Office of Freedom of Information and Privacy.

Unlike Norway, which invests its royalty proceeds for the future, BC’s royalties go into general revenue.

We hope that with that information the public will, for the first time, be able to compare the credits to the revenues and ask the questions that ought to be asked, including:

The appropriate thing for the Province to do would be to quit the delay game and release the figures.

There is longstanding precedent for doing just that with another publicly owned resource in BC—our forests. For decades, members of the public have had access to a database that spells out in great detail what logging companies pay the provincial government for trees cut on public lands.

Significantly, the searchable Harvest Billing System database came into being partly in response to allegations from US lumber producers that BC’s timber-pricing policies shortchanged the public. The result was that full public access was provided to detailed information on exactly what individual companies paid for publicly owned resources.

If the dollars paid by Canfor for the trees it logs are part of the public record, then the dollars that Encana pays for the natural gas it extracts from the ground should be part of the public record too. By withholding such information, the public is quite naturally left with the impression that its resources are practically being given away to private business interests with the government’s active and very generous support.

This post is part of the Corporate Mapping Project, a research and public engagement project investigating the power of the fossil fuel industry in Western Canada, led by the University of Victoria, the Canadian Centre for Policy Alternatives (BC and Saskatchewan Offices) and Parkland Institute. This research is supported by the Social Science and Humanities Research Council of Canada (SSHRC) and the Minor Foundation for Major Challenges.