Absent from the news then, however, was any mention of how the public is being shortchanged billions of dollars in revenues from the fossil fuel industry regardless of whether Shell proceeds with its LNG Canada project or not.

Happily picking up where the previous BC government left off, the current government allows Shell and its competitors to dramatically reduce the royalties they pay on natural gas and other hydrocarbons they drill and frack from the ground in BC’s northeast quarter.

Now, in an ominous development, our government says we are not even entitled to know how much the government actually subsidizes individual energy companies.

In mid-March, the government passed an amendment to the Petroleum and Natural Gas Act. Ministry of Finance officials say the new “confidentiality” provision prevents them from disclosing what individual fossil fuel companies pay in royalties.

If this stands, British Columbians of all political leanings ought to worry.

Why? Because you and I and everyone else in the province own our natural resources, including natural gas. We are entitled to a share of their value and the royalties paid by fossil fuel companies reflect that reality. For that reason, all British Columbians deserve transparency about how royalty fees are calculated and what is actually paid.

Companies like Shell gain access to our fossil fuel resources when our government sells them “subsurface rights.” After those sales, companies may produce natural gas and other fossil fuels by drilling and fracking them from the ground. But once they do so, they must pay royalties on what they extract. Those royalties then help the provincial government pay for a very tiny portion of our health, education and other public service costs.

The public is being shortchanged billions of dollars in revenues from the fossil fuel industry.

I say tiny because the public benefits derived from those royalties are dropping faster than a stone through water.

In fiscal year 2008, according to the “upstream development division” of BC’s Ministry of Energy, Mines and Petroleum Resources, British Columbians received $1.16 billion in royalty revenues. By 2017, however, revenues had fallen nearly 90 per cent to $147 million. Yet over that same time, natural gas production shot up 72 per cent and production of gas liquids such as condensate entered the stratosphere, climbing by 250 per cent. Virtually all of the increased output was piped east to Alberta’s oil sands industry.

Now, the government that provided those generous subsidies says the public is not entitled to know what individual companies pay in royalties.

Is our government afraid to let us know? You be the judge.

Every time Shell or its competitors drill deep or horizontal wells in BC—even though such wells are standard industry practice—our government grants them credits allowing them to claim back part of the costs of doing so. The credits translate into far lower royalty payments on the natural gas and gas liquids those companies produce.

In each of the last 10 years, Shell and others used those credits to reduce their royalties by a massive amount. In the last six years in particular, the write-downs were never less than 60 per cent and as high as 73 per cent. What this means is that collectively over the past decade British Columbians lost nearly $5 billion in additional royalty revenues.

And the subsidy train has only just pulled out of the station.

In a startling disclosure last November, BC Energy Minister Michelle Mungall said the current value of outstanding credits is $3.2 billion—a whopping $1.1 billion more than the previous year. That eyebrow-raising jump in the credit account is two times greater than the previous record for an annual increase. Yet when asked to elaborate on the unprecedented increase, Mungall’s communication’s director, David Haslam, declined to provide any concrete explanation.

That $3.2 billion and growing pile of credits represents money that you and I will never see.

But if we want to know what individual companies have stockpiled as credits, what they claim as credits each year or what they pay in net royalties we can forget it.

The subsidy train has pulled out of the station.

In February, I filed a Freedom of Information request with the Ministry of Finance asking for copies of all royalty invoices. My request was denied. This “sensitive” information could not be disclosed because it would be “harmful” to business interests.

I then asked for just a simple list of what individual fossil fuel companies paid in total annual royalties. This too was denied. David Currie, head of the Ministry’s communications department, not only said that the information was “proprietary” but that the amended Petroleum and Natural Gas Act expressly forbid the government from releasing it.

This is astonishing. For decades our government has sung a far different tune when it comes to BC’s publicly owned forest resources. Any one of us can use a government-maintained database to determine exactly what companies pay for the trees they log in publicly owned forests. That’s information on a renewable resource that actually benefits our climate.

I did such a search recently and learned that Canfor Corporation—a sizeable chunk of which is owned by BC billionaire Jimmy Pattison—paid $7.3 million last year in stumpage fees for nearly 410,000 cubic metres of trees that the company logged on just a portion of the public forests in which it operates. Is this a fair return? That’s a reasonable question, one we can happily debate precisely because we have access to the data.

That we are apparently forbidden from accessing similar information on fossil fuel companies that exploit non-renewable resources whose uses have dire consequences for our planet is a travesty.

And it will be even more of a travesty in the event Premier Horgan’s promised subsidies help give birth to a massive, new LNG plant in our province.

If we fear the public returns and consequences are bad now, just think how much worse they will be if LNG one day sends gas-drilling and fracking into the stratosphere. 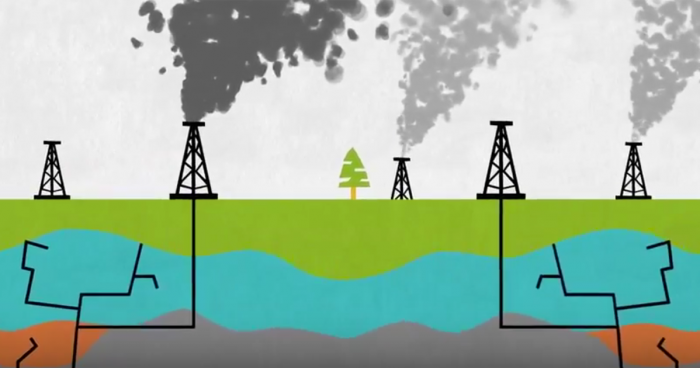