By Lynell Anderson and Iglika Ivanova

Canada is one of the few advanced countries that doesn’t yet have a national child care system. We invest less in early childhood programs than any of our peer countries and fall far short of meeting the minimum public investment benchmarks recommended by UNICEF and the OECD.

There’s no question that the status quo – a fragmented patchwork of child care programs across the country – fails to meet the needs of modern Canadian families, where working parents are the norm. Faced with long wait times and exorbitant costs, many mothers are forced to choose between abandoning paid work at the expense of their family’s financial security (and their own financial independence) and relying on unregulated care (where there are no training requirements, safety standards or monitoring).

The problem is especially bad here in BC, where child care fees are the second-highest in the country and where one third of children arrive in kindergarten not meeting all early developmental benchmarks, which puts them at risk of not reaching their full potential.

The good news is that this could soon change, as three of the four major parties (with the notable exception of the Conservatives) are proposing to establish some form of a national child care program.

So how strong are the promises being made by each of the major parties? We assess their commitments according to: 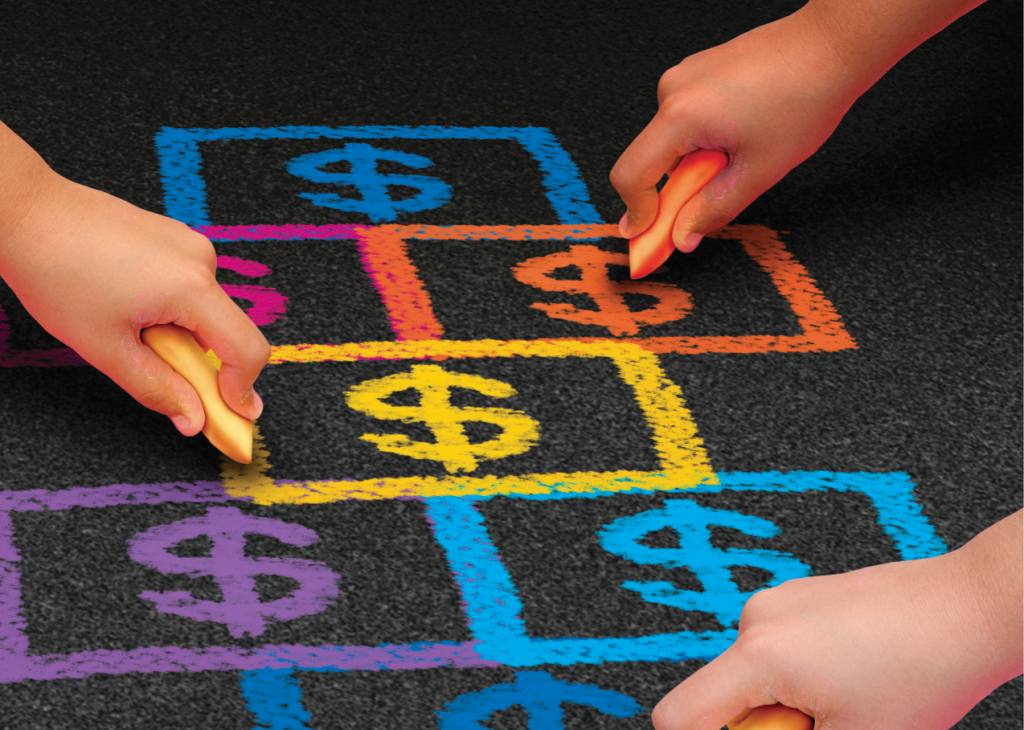 The Conservative platform has no dedicated funds for child care services and no plans to work with other levels of government and communities on a joint strategy. The Conservative family policy is based on providing (taxable) cash transfers to families with young children, and just prior to the election it increased the Universal Child Care Benefit (UCCB) to $160/month for children under 6 and $60/month for children between 6 and 18. The UCCB has been in place for close to ten years now, and it’s clear that the money provided directly to parents has not resulted in wider availability in quality early childhood education and care opportunities, nor has it improved the affordability of existing services.

The Conservatives claim to provide “choices” for parents, but $160/month pays for less than a week of child care in BC (even less in especially pricey Vancouver), which means that in practice the only parents who have any real choices are those with high incomes. In fact, the other major Conservative family policy initiative, income-splitting, is essentially a tax credit for stay-at-home parents that benefits the highest-earners the most, and makes it more expensive for women to return to work after having a baby.

The Conservative platform will not change Canada’s bottom-of-the-rankings status internationally when it comes to public investment in early childhood education and care, and will not move us any closer to the minimum public investment levels recommended by UNICEF and the OECD. The extra cash is no doubt welcome by families, but it doesn’t remove any of the barriers facing mothers looking to get back to work after parental leave and will not have the economic boost that a child care system can provide.

The Green platform proposes to transfer federal funds to the provinces that are specifically earmarked for increasing the number of quality child care spaces across the country, with a goal of having enough spaces to accommodate 70% of children under age 6. Provincial governments would not be required to provide matching funds to take advantage of the program. The provinces would have the flexibility to establish standards for local programs to ensure they are of high quality and to regulate fees (with an eye to affordability).

The Green platform identifies a minimum of $1 billion annually in dedicated transfer funds for early childhood within three years, with plans to phase out the UCCB and use those funds (estimated at $6.7 billion) to further increase the investment in child care services. The timing of the UCCB phase-out is not specified and some of the funds would go towards making the child care expense tax credit refundable, but this is nevertheless an impressive pool of resources for child care services, the largest of any party platform.

The Liberal platform commits to a national child care program, but does not specifically earmark funds for child care services. Instead, child care is included in their much broader social infrastructure fund, which provides $6 billion in total over the next four years (meaning an average of $1.5 billion year), rising to a total of $20 billion over 10 years. Besides child care, the fund covers investment in affordable housing, seniors facilities and cultural and recreational infrastructure, so it is unclear exactly how much funding would be made available for child care services.

The Liberals propose to let provinces decide how to split the available social infrastructure fund between their existing priorities, so they have no specific commitments to the number of spaces created or to ensuring affordability (though Mr Trudeau has mentioned in interviews that he favours a fee structure targeted to income). Provinces would not be asked for matching funds to take advantage of the program. However, the provinces would have to allocate two-thirds of the entire social infrastructure fund to child care to match the child care funding commitment the Liberal government made in 2005 of $5 billion over 5 years (and that’s before taking inflation into account). Considering the huge need for investment in affordable housing for all ages and family types, and the low priority placed on child care by current provincial governments outside of Quebec, it is doubtful that this would happen.

The NDP child care proposal is the most specific of all, setting targets for both affordability and the number of spaces available. The NDP proposes to work with the provinces, territories and Indigenous communities to develop programs that share common principles of affordability, availability ad quality. It proposes a joint federal/provincial child care investment strategy split 60/40 to increase the number of child care spaces to 1 million over 8 years with maximum parent fees of $15/day.

To achieve this, the NDP commits to annual increases in federal funds earmarked for child care, growing to $2.5 billion/year within four years and $5 billion/year within eight years. The total federal investment in child care over the first four years of the program is $6.2 billion, larger than the entire social infrastructure fund in the Liberal platform (which is supposed to accommodate other key investment areas). The NDP’s funding commitment would allow for a much larger expansion of child care spaces and more affordable parent fees.

Three of the four major parties have identified child care as a priority in their platforms, but the funding commitments they’ve made differ considerably.

The Greens and the Liberals promise federal investment in child care without requiring matching funds from the provinces, which means the federal government could move forward without having to corral the provinces. However, neither party makes specific commitments to a timeline or parent affordability targets, nor do they commit to substantial funding amounts. While the Greens have identified the largest potential funding pool of all parties, the lack of targets and timelines is a significant concern.

The NDP platform has the largest dedicated federal funding commitment over time, with specific targets for both affordability ($15/day) and the number of affordable spaces available (1 million spaces in ten years). It requires matching funding from provinces, which may delay the roll out of the program in some parts of the country where provincial governments have other immediate budget priorities. However, federal-provincial cost-sharing makes a lot of sense considering that both levels of government stand to benefit from affordable quality child care: tax revenues from more women being able to return to work after having children, cost savings from healthier child development and improved social inclusion, more gender equality and economic prosperity.

A final important question is what these different federal party commitments mean for proposed child care models, such as the widely supported $10 a Day Plan developed by child care experts in BC. The $10 a day plan is more ambitious than what any of the federal parties are promising. Do the federal party child care proposals accommodate such an ambitious and comprehensive plan? We’ll look into this in our next post. Stay tuned.

Lynell Anderson is a Family Policy Researcher and a Research Associate with the CCPA-BC. Iglika Ivanova is a senior economist at CCPA-BC and author of the report Solving BC’s Affordability Crisis in Child Care: Financing the $10 a Day Plan.