Canada is officially in a recession and while BC is expected to sail through it relatively unscathed, the projected modest GDP growth performance does not seem to be translating into job gains for British Columbians.

Statistics Canada’s latest job numbers show BC created 3,100 jobs in August, which represents a gain of one tenth of one percent in a labour market with over 2,300,000 jobs.

BC is solidly in the middle of the pack when it comes to job creation in the first eight months of 2015. BC’s employment growth of 0.7% puts us slightly below the Canadian average. This is a far cry from the goal of being in the top two in job creation that our government set in the BC Jobs Plan back in September 2011 (remember that?). 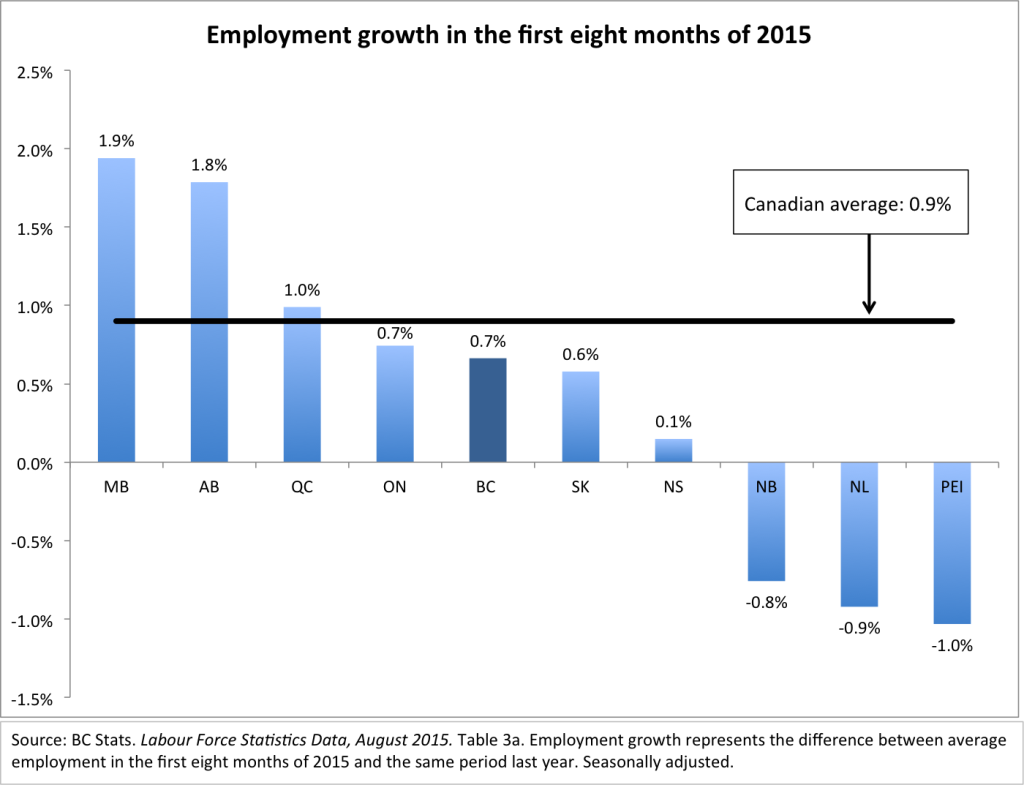 When it comes to job creation since the recession, BC has little to brag about. We’re eight; ahead only of Nova Scotia and New Brunswick. 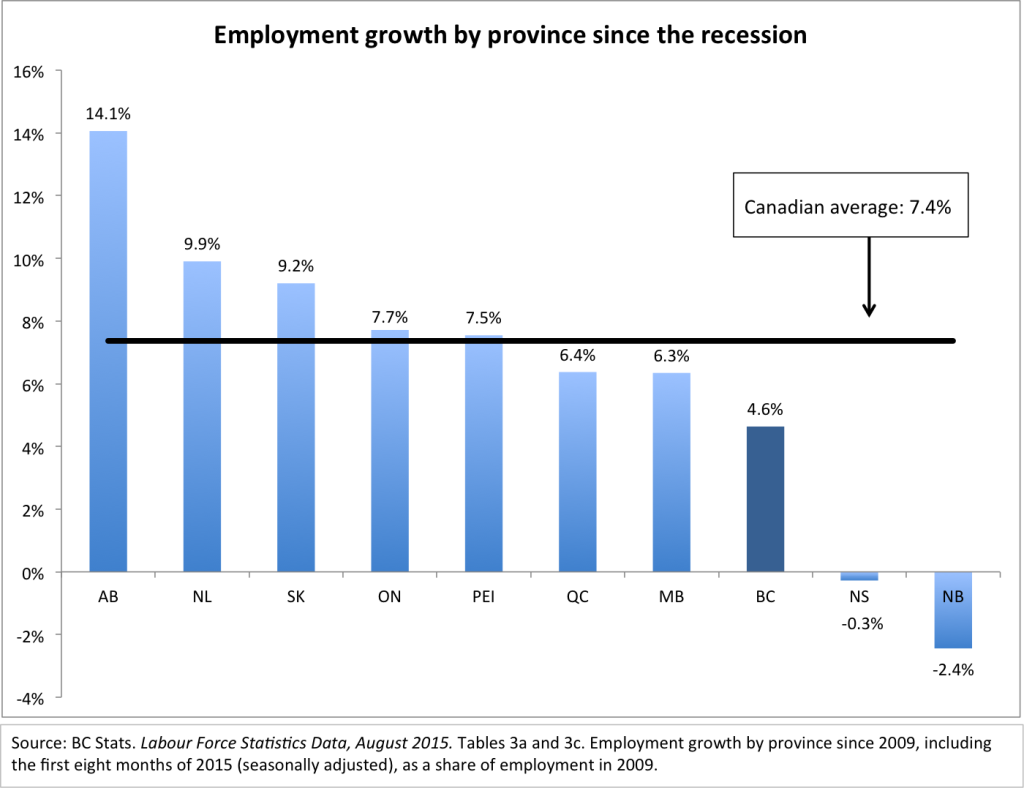 BC’s job growth so far this year has been concentrated in self-employment, with the private sector seeing virtually zero growth (0.2%) and the public sector shrinking. 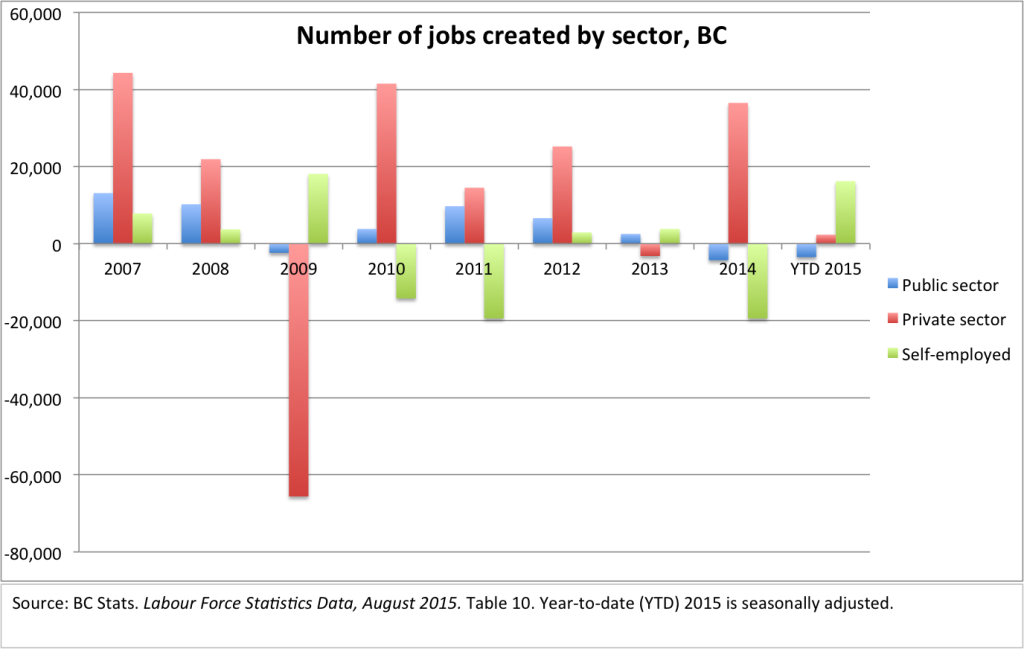 Since the 2008/09 recession, self-employment has tended to fall in years of solid job creation in the public and private sectors and grow in years of anemic job creation in paid employment. This trend indicates that a big part of the recent growth of self-employment may simply be an attempt to cobble together enough contract work to make a living in the absence of actual job opportunities. In other words, the growth in self-employment in 2015 should be interpreted as a sign of job market weakness, not strength.

A number of key industries have seen job losses in the first eight months of 2015 aside from mining, oil and gas including agriculture, construction, education services and retail trade. Despite a pick up in the US economy and housing market, forestry and logging has also lost jobs. Surprisingly, BC has seen job losses in accommodation & food services, even though the low dollar was expected to boost tourism. 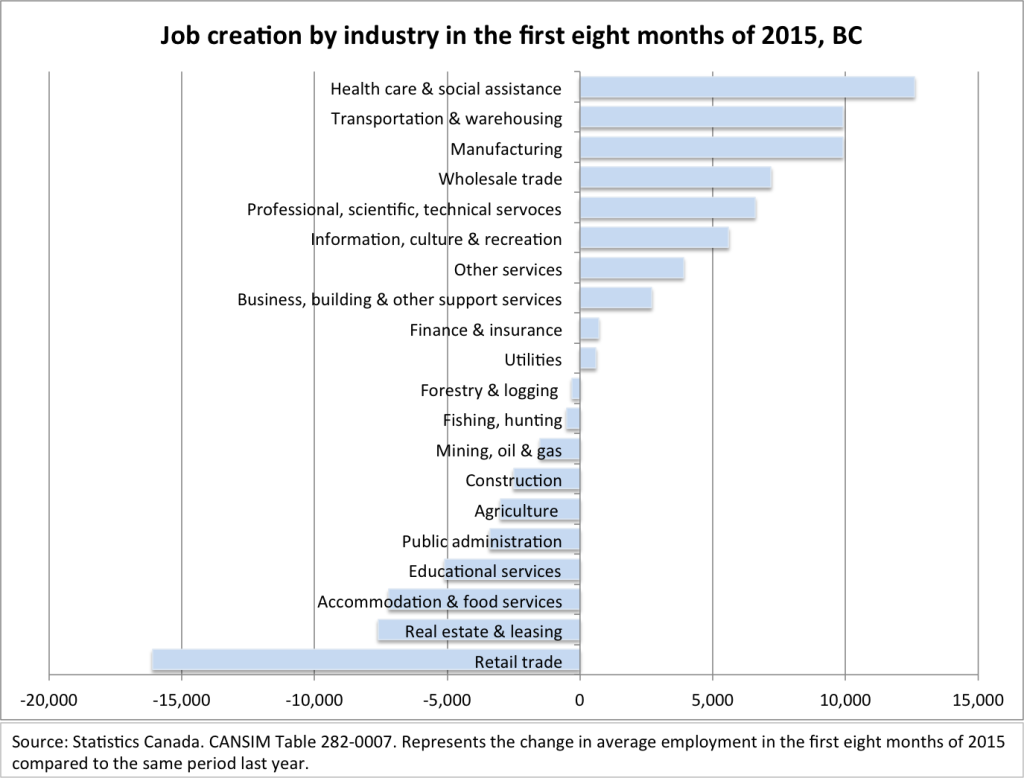 All in all, the jobs created by the BC economy have just been keeping up with population growth. As of August 2015, only 71.4% of working age (15-64) British Columbians have a job and that share has risen only slightly since 2012. 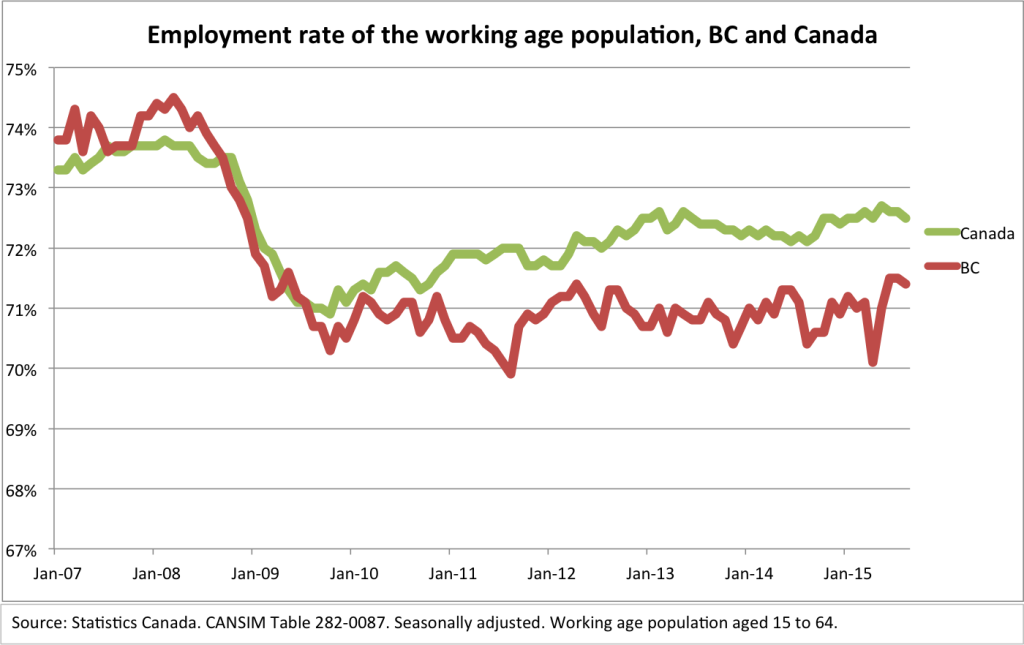 BC is still missing 80,500 jobs to reach the pre-recession employment rate of 74%. The average working age Canadian is more likely to have a job if they live outside of BC than in our province. This is hardly a picture of a thriving economy.

Precarious work a reality across employment sectors in BC