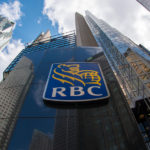 By Shannon Daub and Bill Carroll
Royal Bank of Canada CEO David McKay made a few headlines last week when he offered his thoughts to the Edmonton Chamber of Commerce on the energy and climate challenges facing Canada. In his speech he called on the federal government to help get fossil fuel resources to market by approving new bitumen pipelines and… View Article 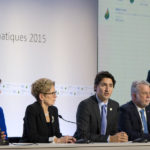 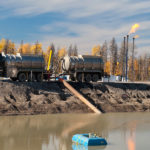 By Shannon Daub
Last year we launched the Corporate Mapping Project, which is investigating the power and influence of the fossil fuel industry in Western Canada. One of the first things we did was hold a series of community meetings with environmental, Indigenous and labour groups to discuss the project. We did this in each of the three… View Article

Why corporate power is a problem at the climate crossroads

By Shannon Daub
By Shannon Daub and Bill Carroll As world leaders head to Paris for next week’s UN climate conference, the spotlight is being turned on the fossil fuel industry’s tremendous economic and political clout. The COP21 talks are sponsored by some decidedly climate-unfriendly multinationals, prompting the watchdog group Corporate Accountability International to launch a petition —signed… View Article

We have a new federal government. What now?

By Seth Klein and Shannon Daub
Monday’s election results brought a palpable sense of relief to Canadians who had tired of the divisive and nasty politics of the Harper Conservatives, and they point to important lessons for progressives (which we outlined in this previous post). But a majority government is certainly a lost opportunity. A minority outcome would have been far… View Article

By Shannon Daub
By Shannon Daub, Co-Director of the CCPA-BC’s Seniors Project, and Sandra (Sandy) James LEED AP MCIP CCPI, Director, Walk Metro Vancouver Society Between now and May, residents of Metro Vancouver will receive a mail-in ballot asking if they are in favour of a .5 percentage point increase on sales tax to fund transportation improvements in… View Article

By Shannon Daub
The Georgia Straight published a column yesterday by Charlie Smith claiming that “selfish old people” will vote “no” in the upcoming transit referendum, depriving younger generations of a decent quality of life and an opportunity to act on climate change. We were shocked by the inflammatory tone of the article, and the very inaccurate picture… View Article

By Shannon Daub
Just when I thought the situation with BC’s third party advertising rules couldn’t get any more ridiculous, this comes in from the “Are You Kidding Me?!” department: According to The Tyee, a three page advertorial for the Canadian Coal Association “extolling the virtues of BC’s coal industry” in last week’s Globe and Mail has been… View Article

By Shannon Daub
BC’s third party election advertising law has been highly controversial since its introduction in 2008. I wrote the following briefing note to help organizations understand if/how the law affects them. BC’s 3rd party election advertising law applies to many many kinds of public communication during a provincial election campaign — so even if you don’t… View Article

Polling on taxes – response to a critic

By Shannon Daub
On November 29, the CCPA released an opinion research study led by myself and Randy Galawan called Beyond the 1%: What British Columbians think about taxes, inequality and public services. The study involved an extensive online survey (poll) of a broad sample of British Columbians, conducted by Environics Research, and nine group interviews held in… View Article
« Previous 1 2 3 4 Next »