Between now and May, residents of Metro Vancouver will receive a mail-in ballot asking if they are in favour of a .5 percentage point increase on sales tax to fund transportation improvements in the region. Officially called the Congestion Improvement Tax (CIT), the revenue from this sales tax increase will fund public transit and transportation infrastructure and enhance levels of transit services.

Here is how the outcome of the Transportation Referendum will impact seniors, and why we believe a “Yes” vote will enhance seniors’ accessibility and livability in Metro Vancouver.

1. Lack of access to transportation is one of the major challenges people face as they age, and that has been identified by the United Way of the Lower Mainland [1] and BC’s Seniors Advocate [2] as a key factor contributing to seniors’ isolation and ill health.

2. If seniors become housebound, they are less likely to eat well, get regular exercise or get to medical appointments, and are more likely to become socially isolated from friends, family and the wider community. Research shows [3] that social connectedness is a key determinant of seniors’ health, slowing cognitive decline, the onset of dementia, and the progress of disability. Active, healthy seniors are also less likely to require more expensive health services like physician and hospital care.

3. Public transit is an issue that calls for intergenerational solidarity. The highest users of transit [4] in Metro Vancouver include those aged 18-29 and those aged 70-plus. Students and young people  need  dependable access to the more frequent and convenient services the transit plan proposes so they can get to school and work efficiently and safely. For the growing population of seniors who are living longer and independently, transit accessibility, comfort and convenience is paramount.

4. For vulnerable seniors—those with low incomes, recent immigrants, those with chronic health problems, and the frail elderly—a “yes” vote is especially critical. A “yes” vote  will result in a thirty per cent increase in HandyDart rides, a twenty-five per cent increase in bus services, and a twenty per cent decrease of congestion on the roads. A twenty per cent decrease in traffic means that emergency vehicles will be able to get people in crisis to hospitals much faster. The proposed transit improvements will also benefit outlying areas that are currently underserved and where there are high concentrations of older adults with low average incomes—including Surrey, Langley, and Maple Ridge—and areas with high concentrations of recent immigrant seniors [5].

5. This referendum is not about a vote for or against Translink, the regional transportation authority, but is a vote for an overall  strategic transportation plan to ensure regional accessibility and livability in the next thirty years. Funding will provide for transportation infrastructure (roads, traffic lights, light rail transit lines and trains) as well as services. Access, shelters, benches and lighting will be improved at bus stops, facilitating easier travel. As part of complete healthy communities, making the experience to and from transit use ensures seniors can engage in the community, stay active by walking, and continue being mobile throughout the city.

6. Metro Vancouver and its citizens have a major choice to make regarding how people will move around the region in the next thirty years. Voting “yes” on the referendum will benefit everyone, including seniors. With less vehicles and more transit, the region will be more accessible to all, with reduced pollution and less congested roads. It is a positive legacy for the next generation of people living in Metro Vancouver. 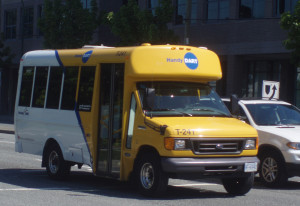 [2] The Journey Begins: Together We Can Do Better. Office of the BC Seniors Advocate. October 2014.

Transit referendum: if no vote wins, what is Plan B?