The BC government’s recently completed review of its royalty regime for oil and gas is both anticlimactic and anti-climate. After many months of public engagement—including an independent review, discussion paper, hundreds of public submissions, and a “what we heard” report—the public release is surprisingly brief and the regime remains steadfastly committed to growing oil and gas production.

The good news is that a more streamlined regime will focus more clearly on the “economic rent”—that is, the value of the resource less costs of extraction—arising from exploitation of oil and gas resources, as we called for in our submission to the review. A more simplified and transparent royalty regime will increase public returns from future oil and gas investment, with the target a 50% public share.

In addition, the BC government will end the most egregious fossil fuel subsidies, which we also called for, in particular the Deep Well credit, which subsidizes destructive fracking and horizontal drilling techniques. Other fossil fuel subsidies that lead to additional production that would otherwise be uneconomic will also be eliminated alongside the Deep Well credit—the Marginal Well, Ultra-marginal Well, Low Productivity and Clean Growth Infrastructure royalty credits.

These credits have been used to wipe out most royalties owed to the public (as the owners of the fossil fuel resources) in recent years.

The catch is that these rules only apply for wells drilled after September 1, 2022. New wells this summer will still qualify, which provides an incentive to drill now to accumulate credits to reduce future royalties.

Even though new credits will not be created after September this year, there are about $4 billion in outstanding credits that oil and gas companies can continue to use. Existing wells can continue to use royalty credits (to reduce their royalties paid to the public) for an additional four years in the case of the Deep Well credit (that is, up to September 2026) and two years for the other credits (up to September 2024).

After September 2026 any remaining credits can be transferred to a new “land-healing and emissions-reduction pool.” It’s not clear from the limited details in the release how this new pool would work. It would only make sense in the context of strong regulations from the government to compel clean-up of wells or other actions to reduce carbon emissions, although the release says it is to “support work going above and beyond regulatory requirements.”

The likely outcome is that the public will continue to provide subsidies, but now towards clean-up activities that really should be done as a condition of drilling the well in the first place. This scheme resembles the federal government’s $1.7 billion subsidy for orphaned and abandoned well clean-up that was announced as part of its COVID economic response plan in April 2020. To the extent that credits fund investments that reduce domestic carbon emissions, this essentially replicates the Clean Growth Infrastructure royalty credit that was eliminated.

All told, there’s nothing in the royalty announcement that suggests any serious challenge whatsoever to the oil and gas sector’s prospects for growth. This is consistent with the BC government’s continued support for liquefied natural gas (LNG) exports.

All of which is bad news for climate action. While BC is taking some modest steps to reduce carbon emissions from transportation and buildings through its CleanBC plan, the government has taken a very light touch with industry. Targets have been set for the oil and gas industry to reduce its local emissions from fossil fuel production, but no plan exists that would show how those targets will be reached. And CleanBC does not address the lion’s share of emissions that occur when exported BC oil and gas is combusted in other jurisdictions.

Nothing in the royalty announcement suggests any serious challenge to the oil and gas sector’s prospects for growth.

Another glaring absence is any sort of revenue-sharing or decision-making with BC First Nations in the Northeast. Surely with the Supreme Court concluding that the provincial government failed utterly to consider the cumulative impacts on the Blueberry River First Nation’s treaty-protected rights to hunt, fish and trap within their traditional territory, an unambiguously clear commitment to share royalty revenues on a massive scale with Blueberry and other First Nations in harm’s way would be part of any meaningful new royalty regime.

While the province’s review of oil and gas royalties was most welcome, the new framework is overly obsessed with growth and being competitive with Alberta. While there are some positive changes, it will be many years before those show up in higher royalties to the public sector. More importantly, by ignoring the ongoing climate emergency and provincial emissions reduction targets, the review is a missed opportunity to begin a managed wind down of fossil fuel production. 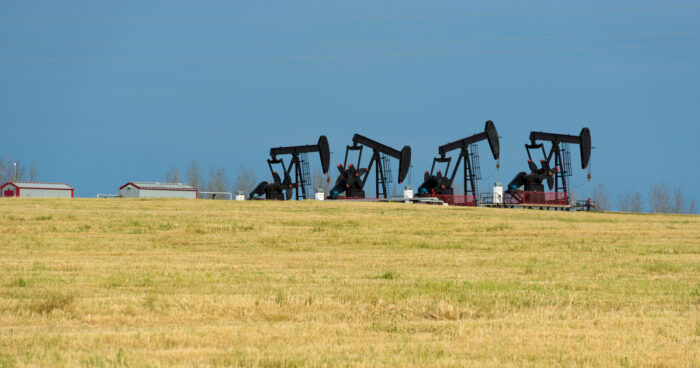