By Marc Lee and Ben Parfitt 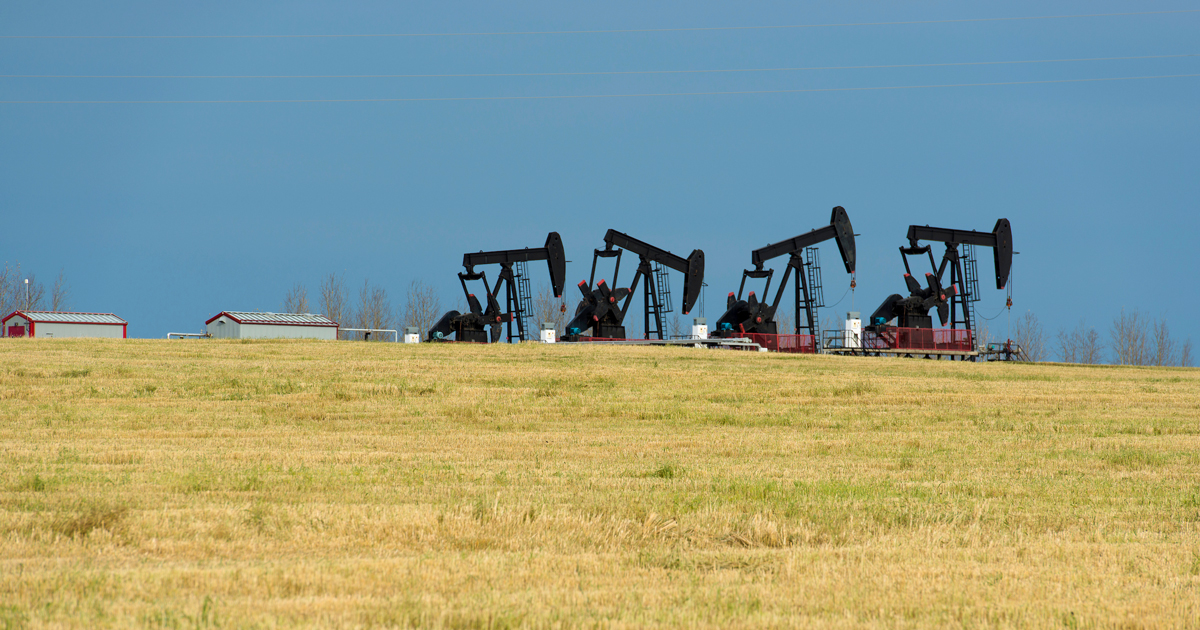 Throughout the Montney gas play, the big prize is not natural gas but “liquid gold”, which includes condensate and light oil. On these well sites – all on land in the Agricultural Land Reserve – the growing number of pumpjacks are a sign of the large volumes of light oil being produced at such sites along with natural gas. Photo © Garth Lenz.

The oil and gas industry is a marginal player in BC’s overall economy, yet has far-reaching environmental impacts, is inconsistent with global climate action and undermines First Nations’ rights and title. And yet, since BC started to implement climate action targets and policies in 2007, gas production has doubled.

In our submission to BC’s oil and gas royalty review, we begin with the increasingly obvious requirement that the oil and gas sector needs to be phased out due to the urgent need to address climate change.

In this context, the government’s concern with the “competitiveness” of the royalty regime is misplaced, as is further economic development of the oil and gas industry. Since BC is a higher-cost jurisdiction located far from major markets, a calculus that emphasizes costs of production vis-à-vis other jurisdictions only leads to polices that sacrifice public royalty revenues in order to gain jobs and investment.

BC’s royalty regime is just one part of an overall regulatory framework for oil and gas that is overly favourable to the industry. The regime is aimed at spurring production through various subsidies such as royalty credits for fracking and incentives to produce from wells that would otherwise be uneconomic.

The royalty review also misses a key aspect of the economics of the oil and gas industry by focusing too narrowly on methane (natural gas). BC producers typically seek to drill wells that are high in more lucrative condensate, which is exported to Alberta where it is used to dilute bitumen so it can flow through pipelines.

Major changes are needed for the industry to be managed for wind down. Our submission makes these key recommendations:

Read our full submission to the BC oil and gas royalty review here.