Who gets paid more? 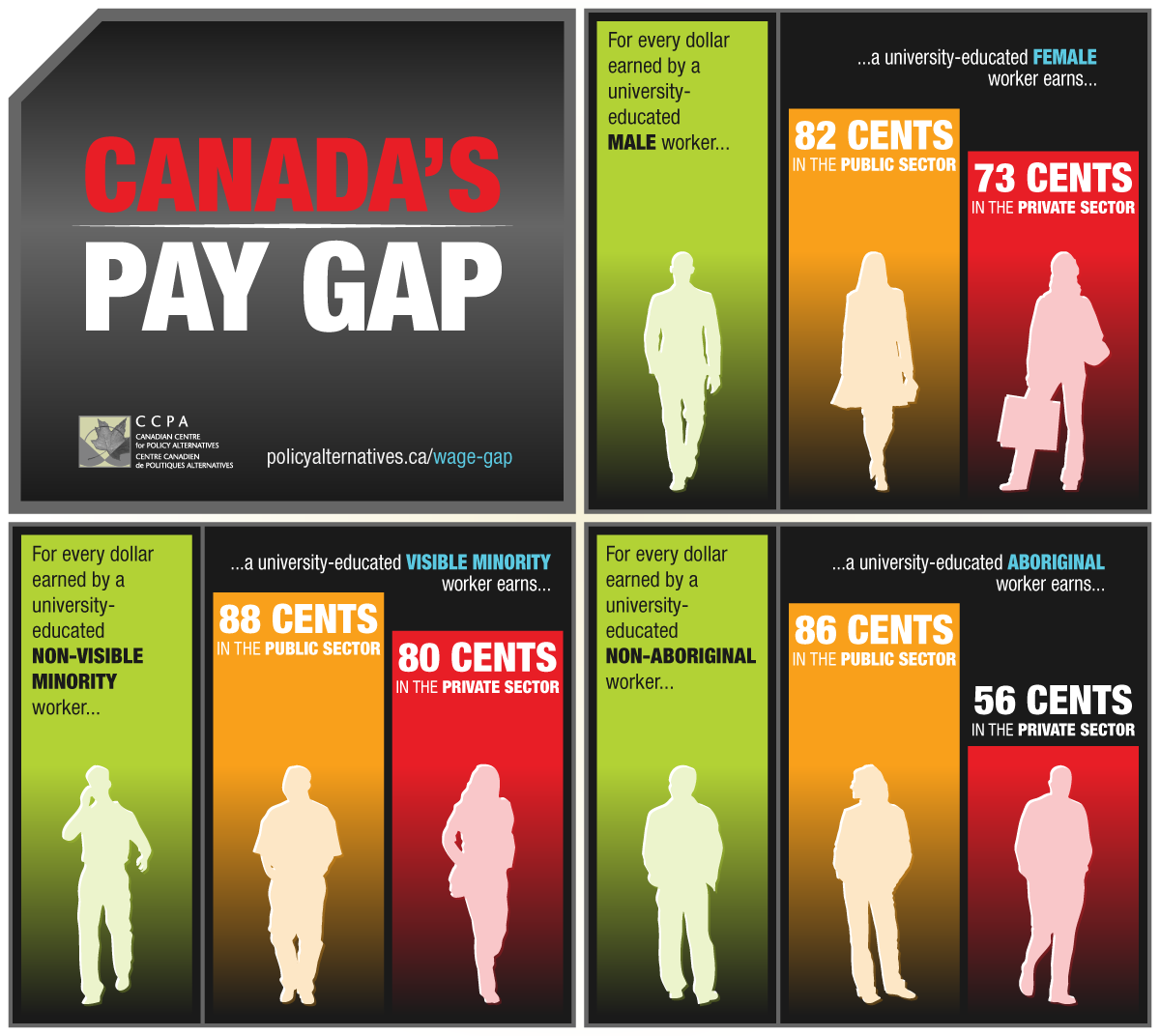 For example, a university educated, non-Aboriginal man will earn 8.4% more in the private sector (with an average annual salary of just under $90,000– compared to the $83,000 he would earn in the public sector). His university educated Aboriginal male colleague will earn 52.1% less in the private sector, or just over $32,000 annually (compared to $67,000 in the public sector).

Governments would also have to spend more money on compensation for the workers at the top end of the scale. A whole lot more. For example, the highest paid public sector workers see their salaries top out at just under half a million dollars annually. But the top private sector workers receive compensation packages worth twenty times that much in year. The CEO of Rogers Communications makes a base salary of $1.1 million, has a pension worth $1.9 million and receives additional benefits totalling $23.8 million. Annually.

So what if we tried going in the other direction?

If private sector compensation looked more like public sector compensation, the gender wage gap would narrow, discrimination against Aboriginal and visible minority workers would diminish, and CEOs would take a pay cut. Older workers would be less likely to retire into poverty. Fewer working parents would have to choose between a day’s wage and taking time off to look after a sick kid. Unemployment rolls would not double overnight in response to global market shifts.

Both of these alternatives comes with a price. Only one of them seems worth the cost.

Kate McInturff is a senior researcher with the Canadian Centre for Policy Alternatives, and the director of the Centre’s initiative on gender equality and public policy, Making Women Count. You can follow Kate on Twitter @katemcinturff.

This piece was originally posted on Behind The Numbers.

Rethinking social protections in the age of contractors

Scrooge is alive and well

Kate McInturff was a Senior Researcher at the CCPA's National Office. The CCPA mourns the loss of Kate, a feminist researcher and scholar, who passed away July 27, 2018. Read the CCPA's full statement.