The University of Victoria seeks to profit from climate change deniers and policy obstructionists: The Exxon connection 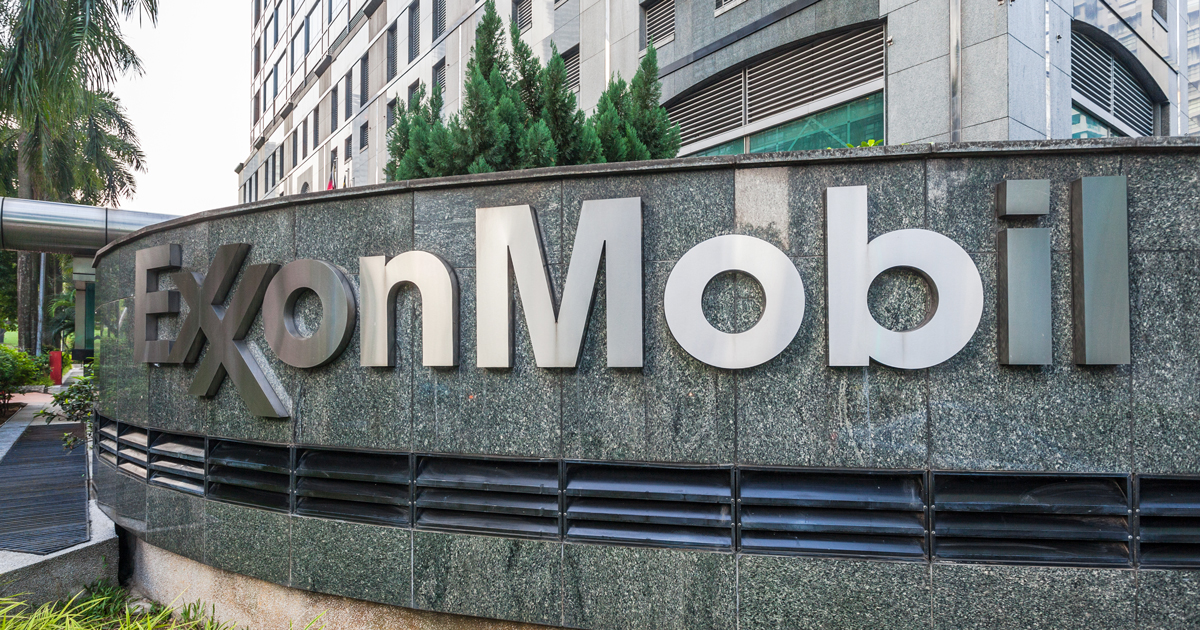 The school year is now well under way. For many new students starting at the University of Victoria, the university’s stated commitments to sustainability were likely attractive, especially for BC residents whose summers were haunted by relentless wildfires.

Given the needed move towards low-carbon economies it makes excellent sense for students to select universities that emphasize sustainability in their teaching and research. For today’s young students, pledging oneself to the transition away from fossil fuels is both a moral calling and an economic opportunity.

In alignment with UVic’s focus on sustainability we started a fossil fuel divestment campaign in 2013. Since our campaign began, UVic students and faculty have voted overwhelmingly in favour of divestment, and a number of staff unions have also pledged their support. Faculty, students and staff take UVic’s sustainability commitments seriously. It appears, however, that UVic’s administrators do not.

Not only has UVic refused to divest its $420 million endowment from fossil fuel companies, but it has actually increased its oil and gas holdings since the divestment campaign began. Of particular note is a 2015 $5.9 million investment in Imperial Oil, which is majority owned and controlled by ExxonMobil.

ExxonMobil is the world’s largest oil and gas company and the poster child for climate change denial. It has spent over $33 million since 1998 obstructing action on climate change, funding over 60 organizations that sow doubt on climate change science. While climate denial has been good for ExxonMobil’s bottom line, it has been very bad for efforts to reduce emissions and avoid global warming’s dangerous effects such as extreme weather, drought and increasing wildfires.

Not only has UVic refused to divest its $420 million endowment from fossil fuel companies, it has actually increased its oil and gas holdings.

By investing millions of dollars into Imperial Oil, UVic is tacitly supporting its parent company’s history of climate change denial; indeed, the university is hoping to profit from it. That is sustainability leadership in high speed reverse.

In 2015, reporters with the Los Angeles Times and Inside Climate News revealed that ExxonMobil was aware of the dangers of climate change as early as 1977. The threat that climate change posed to the company’s business model prompted it to start its own scientific research into global warming. Instead of broadcasting company findings that supported the scientific consensus that climate change is human-caused, dangerous and reversible, ExxonMobil opted to promote doubt and uncertainty. These findings prove beyond a doubt that ExxonMobil has long been in the business of deliberately misleading shareholders and the public about the dangers climate change poses to human societies and to companies whose business models rely on extracting unsustainable amounts of fossil fuels.

ExxonMobil is cooking the planet and its books

New York’s Attorney General, Eric Schneiderman, is currently investigating how ExxonMobil values its fossil fuel reserves given the need to rapidly cut global carbon emissions. This summer he released evidence suggesting that “Exxon may still be in the midst of perpetrating an ongoing fraudulent scheme on investors and the public.”

This is the situation. Oil and gas companies must be able to prove to shareholders that they have sufficient reserves to replace the fossil fuels they are currently extracting, lest investors get nervous about dwindling supplies and continued profitability. While those reserves are below ground geologically they are above ground economically, already factored into the current valuation of companies.

The rub is that the International Energy Agency estimates that 60% of known fossil fuels need to stay buried if we are to avoid dangerous climate change. When governments pass needed climate legislation then huge supplies of fossil fuels will become unburnable and the companies and investors who own them will lose billions of dollars.

UVic’s efforts to profit from a leading climate change denier is morally wrong.

ExxonMobil claims that since 2007 it has applied a “proxy cost” to greenhouse gas emissions when making investment decisions. This “proxy cost” was supposedly a way of anticipating the rising cost of operations that would come with climate legislation like carbon taxes. Based on their “proxy cost” calculations, ExxonMobil regularly assured shareholders that its reserves were properly valued. The problem is that the company’s proxy cost appears to be, in Schneiderman’s words, a “sham.”

Schneiderman’s evidence shows that ExxonMobil mislead shareholders about the rigor of its proxy cost calculations, instead applying a much lower cost—one that does not adequately account for how climate legislation will increase production expenses. This lower proxy cost means they have likely been systematically overvaluing their reserves and deceiving shareholders. Imperial Oil is at the heart of the investigation.

Schneiderman has found evidence that an employee at Calgary-based Imperial Oil—Jason Iwanika—asked ExxonMobil if he should apply the parent company’s proxy cost when evaluating the profitability of new projects. Records obtained through subpoena reveal that ExxonMobil told Iwanika not to despite public claims that they apply a proxy cost to all investment decisions.

This deceit has material consequences for shareholders like UVic. According to Schneiderman, ExxonMobil’s failure to apply its “publicly stated proxy costs is particularly telling because Exxon’s own documents suggest that if Exxon had applied the proxy cost it promised to shareholders, at least one substantial oil sands project may have projected a financial loss, rather than a profit, over the course of the project’s original timeline.”

The moral and financial case for divestment

There is both a moral and financial argument powering the divestment movement at UVic and globally. The moral argument is that if it is wrong to wreck the climate then it is wrong to profit from that wreckage. UVic’s efforts to profit from a leading climate change denier is morally wrong. It is also hypocritical for an institution that brands itself as a sustainability leader. The irony, however, is that UVic has not profited since becoming an owner of Imperial. Instead it has lost $1.2 million.

The financial argument underpinning the divestment movement is that needed climate legislation will turn large portions of company reserves into “stranded assets,” resulting in huge losses for investors. This argument is particularly salient for high-cost Canadian oil sands production, in which Imperial Oil is invested.

UVic administrators have told us they fear divestment won’t sit well with donors.

A recent study in Nature developed a granular accounting of which particular fossil fuel reserves will need to stay buried for the world to avoid dangerous climate change. The researchers concluded that 85% of known oil sands reserves in Canada are unburnable. This conclusion is based on the economic reality that the cheaper reserves to exploit—like conventional crude in the Middle East—will be burned first when needed climate legislation raises the cost of production.

Imperial Oil’s deceitful misrepresentation of the financial risks that needed climate legislation poses should make shareholders like UVic rush to end their ownership of the company. Otherwise, they are likely to be on the hook for further losses.

Ending UVic’s investments in Imperial Oil would be a positive step financially and morally.

But the reason we have called for complete fossil fuel divestment, rather than the selective removal of egregious climate foes like Imperial Oil and ExxonMobil, is the challenge of finding “good” fossil fuel companies.

Even if UVic divests from Imperial Oil, the university will still be part owner of Suncor. Not only is Suncor one of the top five political lobbyists in Ottawa, it is also one of the largest members of the Canadian Association of Petroleum Producers (CAPP), which has engaged in direct political lobbying against strong climate policy. Recent research by the Canadian Centre for Policy Alternatives shows that CAPP, along with key members like Imperial Oil, Canadian Natural Resources and Suncor (all of which UVic has an owership stake in), played a key role in ensuring that British Columbia’s 2016 Climate Leadership Plan failed to reduce emissions at a rate even close to the province’s own legislated targets.

UVic administrators have told us they fear divestment won’t sit well with donors. We’ve decided to make it possible for the largest contributors to UVic’s budget to be heard: not private donors, but taxpayers. Provincial and federal grants and contracts make up over 50% of UVic’s operating budget. Those monies derive from taxpayers like you. UVic spends millions on branding and is very sensitive to public criticism that challenges its carefully cultivated image as a sustainability leader. Your voice can make a big difference. And so, if you support divestment from fossil fuel companies like Imperial Oil then please sign our petition and help UVic close the book on its complicity with climate change denial, deceit and policy obstructionism.

—
This article is published as part of the Corporate Mapping Project, a research and public engagement initiative investigating the power of the fossil fuel industry. The CMP is jointly led by the University of Victoria, the Canadian Centre for Policy Alternatives’ BC and Saskatchewan offices, and the Parkland Institute. This research is supported by the Social Science and Humanities Research Council of Canada (SSHRC).

James Rowe is an Associate Professor in the School of Environmental Studies at the University of Victoria and a co-investigator with the Corporate Mapping Project.

Claire O’Manique is a graduate student involved in the fossil fuel divestment campaign at the University of Victoria.

Emi Belliveau is a graduate student involved in the fossil fuel divestment campaign at the University of Victoria.

Malkolm Boothroyd is an undergraduate student involved in the fossil fuel divestment campaign at the University of Victoria.