Current public dialogue is full of questions about what kind of innovation or “revamping” the health system needs. In this context, as a physician, I am compelled to apply principles of evidence-based practice to the public vs. private debate: Will Brian Day’s plan to expand privately funded health care in BC shorten wait lists and improve the system? 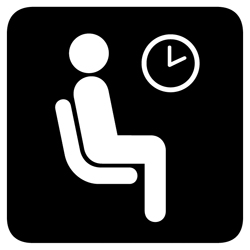 Let’s look at the evidence:

And some mythbusters for further information:

[3] Ducket, S. Living in the parallel universe in Australia:

Underneath the legal drama: The ethics of for-profit health care in BC

Dr. Vanessa Brcic is a community-based researcher, Vancouver-based registered somatic therapist and family physician with a special interest in trauma, mental health and chronic pain. Her research interests are in practice-based research, primary care reform, poverty, and the social determinants of health. Clinically, she is interested in the interdisciplinary care of vulnerable patients and those with complex chronic conditions often neglected in the medical system. She is also an executive board member of Canadian Doctors for Medicare, and the co-founder and Chair of Basics for Health Society, which consults with organizations to increase capacity to address social determinants of health in clinical settings. Follow Dr. Brcic on Twitter