Some strengths and weaknesses in the Green Party platform

My recent post comparing the NDP and Liberal election positions to date drew some criticism for leaving out the Green Party. So hoping to rectify that with this post on what I see as some strengths and weaknesses of the Green plan.

On Sept. 9, The Green Party became the first of the major parties to release their full election platform, along with a costed budget for their plans.

Overall, it’s a pretty good document. It contains some big and bold ideas we aren’t hearing from others – public dental insurance for low-income children and youth; abolishing tuition fees for college, university and skills training programs and capping student debt at $10,000; ending thermal coal exports; and legalizing and taxing marijuana. And their overall fiscal plan is more ambitious than we’ve heard from other parties (although only mildly so; I’d say it constitutes more of a jump forward than a Leap). 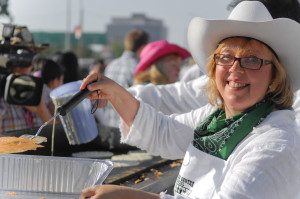 Like the NDP, the Greens would introduce a federal minimum wage of $15/hour. And similar to the NDP, the Greens are wisely proposing to increase the general corporate income tax rate back to 19%, the level that existed in 2009, raising $7-8 billion a year (the NDP in contrast would raise it to 17% from the current 15%).

But sadly, also like the NDP (and the Conservatives): the Greens are running on a commitment to balance the budget right out of the gate (in fact they would run surpluses), a nonsensical position I critiqued in my earlier post; the Greens say they would keep the Conservatives’ so-called Universal Child Care Benefit (the CCPA’s Alternative Federal Budget is in agreement with the Liberals on this one – it’s a poor use of public dollars and benefits wealthy families who don’t need it); and while it is not in their budget plan, the Greens ill-advisedly say they are in agreement with cutting the small business tax rate to 9% (you can find good critiques of this policy by CCPA economists here and here, although I am pleased to note that the NDP now says it would close the loopholes that allow wealthy individuals to use private businesses to inappropriately engage in income-splitting and to shelter income).

Like both the NDP and the Liberals, the Greens would sensibly cancel income-splitting for families with children, and would freeze annual contributions to Tax-Free Savings Accounts (TFSAs) at $5,000 – measures that disproportionately benefit the wealthiest Canadians. And the Greens have joined both the NDP and the Liberals in saying they are committed to expanding the Canada Pension Plan (although the details are unclear).

But as is often the case with platforms, there is a disconnect between the loftiness of the words and the substances of the budget numbers (always look to the dollars, as they reveal much about priorities!).

For example, the Greens rightly trumpet the benefits of a National Pharmacare plan, but are only proposing a modest phase in, budgeting only $300 million a year.

Similarly, the Greens have long touted that they would introduce a bold Guaranteed Livable Income to end poverty (an idea certainly worthy of debate and consideration). But the platform, while speaking to this, does not include this in its budget. In effect, the Greens merely propose to work with the provinces to roll existing income support systems into a GLI. That might simplify various bureaucracies, and would certainly make for a less punitive system, but without new federal dollars on the table it is unlikely to make a significant dent in poverty.

The Greens say they want to ensure high-quality affordable child care, but the amount they have budgeted for early childhood education, $1 billion/year, is quite small if we hope to realize that goal (what they budget is substantially less than the NDP). Their preferred approach seems to be to give tax incentives for employers to create workplace-based child care spaces, an approach that has not proven particularly effective, and is at odds with the Green’s orientation towards small business (who are rarely in a position to offer workplace care).

With respect to tackling climate change: The centerpiece of the Green’s platform – the single largest budget and climate measure proposed by a wide margin – is a carbon “Fee and Dividend Plan” (it is in effect a carbon tax, which they dub a “fee”). The Greens propose to charge a carbon tax of $30 per tonne (equivalent to BC’s current carbon tax). They estimate this will raise approximately $22 billion a year. Given the centrality of this proposal it merits special attention. I see three core weaknesses with it:

So this flagship measure is unlikely to move Canada much closer to the Green’s stated and laudable aim to “end fossil fuels by mid-century.” That said, the Greens have taken other climate positions that are much less equivocal than the more modest stances of the NDP and the Liberals. For example, they would halt tar-sands expansion, and would not approve any new bitumen pipelines in any direction (and as noted above, they would not allow thermal coal exports through Canadian ports).

The Greens also plan to end subsidies to fossil fuel industries, a welcome move, although their estimated budget savings of over $1 billion seems high (the CCPA’s AFB estimates these subsidies to be less than half that); many of the estimates that get cited on this topic pre-date the federal government phasing out some large subsidies. The NDP also say they would end fossil fuel subsidies, and their estimated savings corresponds to the AFB’s.

And while the Greens don’t use their carbon tax income to fund climate action, their plan nonetheless does contain important investments (totaling about $10 billion a year; quite a lot more than the other parties) in green infrastructure, sustainable jobs and skills training, and new technologies. These are funded by their proposed increase in the corporate tax rate; going after tax havens and some tax credits; taxing toxins and waste; and closing various other loopholes.

While expressing concern about inequality and the current government’s tax cuts for the wealthy, overall, what impact would the Green plan have on the fairness (or lack thereof) of Canada’s tax regime?

They don’t propose an upper income tax increase, as the Liberals rightly do. So they aren’t proposing anything to tackle run-away inequality at the high end – the 1%.

But, on the other side of the income spectrum, the Greens are proposing to eliminate income taxes for everyone making under $20K (and would wisely target this, so that wealthier people would not benefit from an across-the-board increase in the basic personal exemption).

They appear to be the only party proposing a modest inheritance tax (as the AFB has done, although the Green party’s proposal is structured somewhat differently).

Overall, though, the Green’s plan to tackle poverty and inequality talks a good game, but underwhelms in the delivery. (For those wanting to see what a truly ambitious and comprehensive plan to tackle inequality would look like, check out the CCPA’s new inequality platform.)

This post doesn’t cover many of the other policy areas addressed in the Green platform. I was pleased to see the Greens strongly reject many of the worst trade and investment agreements before us – the Trans-Pacific Partnership, the Canada-EU CETA, and the foreign investment agreement with China (they are much less equivocal on these than other parties). And they have worthy ideas for democratic reform.

People should give all the platforms a careful read as they are released. The CCPA will be doing further platform analysis of how the other parties fare with respect to various topics in the days to come, including a comparison of how all the parties’ positions compare to the AFB.

The best of all policies: my wish for the ideal platform

BC’s economy and the Liberal platform