Plotting a course to net zero? Climate and energy policy in the 2019 election 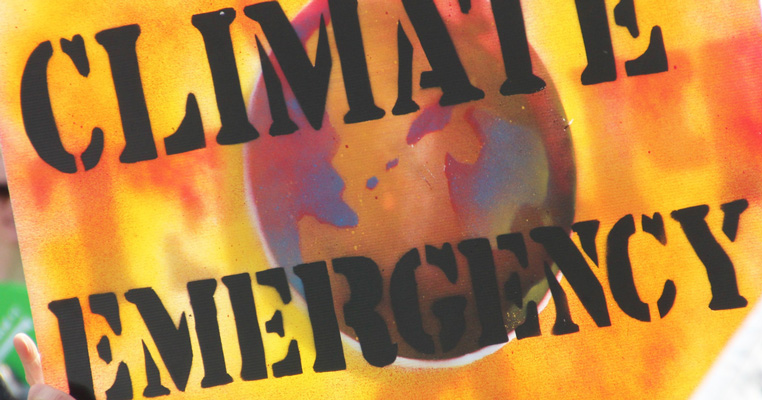 Canadians recently hit the streets in the middle of the federal election campaign to demand climate action. Many past Canadian governments have set emission targets, then failed to deliver meaningful policies to reach those targets, all the while patting themselves on the back for their leadership. The stakes are high, so where do the major parties stand this time around?

The federal Liberals, if re-elected, would reset Canada’s long-term greenhouse gas emission target to “net zero” by 2050. This target is also in the Green platform while the NDP has committed to essentially the same thing: science-based targets to keep global temperature increase below 1.5 degrees C (relative to pre-industrial levels).

The “net” part is shorthand for saying that Canada would still be putting emissions into the atmosphere in 2050, but compensated by (as yet undeveloped) technologies that take an equivalent amount of carbon from the air and put it safely underground. This net zero thinking is also baked into the modelling that informs climate science.

Canada would be putting emissions into the atmosphere in 2050, but compensated by (as yet undeveloped) technologies.

The Liberal promise to plant two billion trees over ten years is similar. There’s nothing wrong with planting trees, but this should not take the place of actually reducing emissions from fossil fuel production and consumption. We need both.

A pathway to net zero by 2050 also implies a more ambitious 2030 target for Canada. The Greens call for a deep cut of 60% below and the NDP for 38% below 2005 levels. The Liberals promise to exceed the 2030 target, but do not state a number. As the federal government they have not put Canada on a pathway to achieving the current 2030 target. The Conservatives claim they will stick to Canada’s existing 2030 target (initially adopted by the previous Conservative government).

To keep emission reductions on track the Liberals promise legally binding, five-year “milestones.” The big question is what mix of regulations and standards, taxes and subsidies, and public investments are needed to get there.

Environment minister Catherine McKenna commented that the Liberals do not really know how to get to net zero, vowing to strike an expert panel to help figure it out. The task gets harder because they have also been supportive of a huge expansion of the oil and gas industry, including purchasing the Trans Mountain Pipeline (TMP) and taking over its expansion plan so Alberta can get more oil to market.

Politicians cannot have it both ways: promising climate action while digging deeper into fossil fuels. Indeed, we need to start planning for the wind down of fossil fuel industries. The Greens most clearly reject new fossil fuel infrastructure of any sort and would cancel the TMP expansion. Moreover, they would phase out oil and gas production in Canada, including the oil sands by 2035.

Politicians cannot have it both ways: promising climate action while digging deeper into fossil fuels.

The NDP does not comment on TMP expansion, but would allow provinces a veto over such projects that cross their jurisdiction. They also call for more domestic upgrading and refining of Canadian oil. How this would occur is not specified and why this is needed when we are supposed to be getting off of fossil fuels is not clear.

Any serious climate action is going to have adverse employment impacts in the oil and gas industry. To this end, the Liberals, NDP and Greens all promise various forms of Just Transition programs to assist affected workers. The Greens and NDP also would make substantial investments in the green transition itself a new source of jobs.

The federal government established a modestly rising floor price on carbon in provinces that do not have their own carbon pricing. It is currently $20 per tonne, or 4.3 cents per litre at the pump, rising annually to $50 per tonne in 2022, with all revenues flowing directly back to households in the province where the tax is collected.

None of the Liberals, NDP or Greens propose to raise the carbon price before or after 2022 in spite of tabling more ambitious emissions targets. The Conservatives, on the other hand, would kill the federal regime, in favour of “green technology” and “emissions standards for major emitters,” although it is not clear what this means in practice.

A flipside of carbon pricing is a commitment to eliminate fossil fuel subsidies as promised by the Greens and NDP. These subsidies include various incentives and tax breaks aimed at fossil fuel extraction as well as programs supporting innovation and environmental measures.

In the absence of more aggressive carbon pricing, a new federal net zero plan will have to lean heavily into public investments, subsidies, regulations and standards. These promises are framed at the household level, with all platforms quiet about how they would reduce emissions from industry.

All major parties call for public support to make homes more energy efficient and for the most part differ on the small print. The Liberals would retrofit 1.5 million homes over the next five years and would provide free energy audits and interest-free loans of up to $40,000 to support those retrofits. The NDP would retrofit half of all homes by 2030, and all of them by 2050, by providing low-interest loans. The Greens promise a massive retrofit program for all residential, commercial and institutional buildings through direct grants, zero-interest loans and repayments based on energy cost savings.

Renters and those who live in multi-unit buildings have largely been neglected by past energy efficiency programs.

The Conservatives’ proposal is somewhat different: a tax credit for home renovations of up to $20,000, yielding a maximum tax credit of $3,800. This measure appears aimed more narrowly at owners of single-family homes, and a household would need to have sufficient taxable income to benefit from this tax credit.

Renters and those who live in multi-unit buildings have largely been neglected by past energy efficiency programs. Canada’s aging rental housing stock also deserves attention. The NDP notably singles out retrofits for social housing across the country.

The Greens and the NDP would also require all new homes constructed after 2030 to meet net zero standards. This would mean high-efficiency housing design accompanied by renewables to offset year-round energy demand.

The NDP and Greens would deepen support for electrification of transportation. Because vehicles turn over every 20 years or so a lot of the heavy lifting here can be done by banning the sale of internal combustion engine vehicles. The Greens propose to do so starting in 2030.

The NDP alone promises substantial investments to expand public transit and would create a permanent funding mechanism, starting with $6.5 billion in funding over four years, and a commitment to work towards free public transit. The Conservatives would instead give public transit users a small break by reinstating a tax credit.

The Greens promise zero-carbon public ground transportation by 2040 and would also re-invest in rail across the country, including high-speed rail between Toronto, Ottawa and Quebec City, and between Edmonton and Calgary.

Overall, it is refreshing to see political parties talk about more aggressive climate action, even if they are short on the details. Urgency is paramount and Canada is well-positioned to show the leadership needed to help spur a global effort at landing a reasonably habitable planet. The people have spoken, but given a track record of governments establishing targets and timelines without the policy measures to achieve them, we need to see more ambitious, concrete action.

Climate change and energy issues in the 2017 BC election platforms

Housing platforms in the 2019 federal election