In December Canada once again made international headlines by defeating the Americans at the World Trade Organization, and, paradoxically, made it harder to promote and protect British Columbia’s agrifood sector.  After a seven-year dispute, the United States was forced to repeal legislation requiring country of origin labelling (COOL) for muscle cuts of beef and pork. The WTO appellate body reasoned that the US COOL legislation violated Article 2.1 of the Technical Barriers to Trade Agreement by creating “an incentive for US producers to use exclusively domestic livestock and thus causing a detrimental impact on the competitive opportunities of imported livestock.” In other words, the US legislation was not allowed because it encouraged preferred interest in domestic agriculture. So, after two appeals and an almost decade-long effort to preserve the very popular legislation, the Obama administration finally bowed to the threat of over $1 billion in retaliatory trade measures. 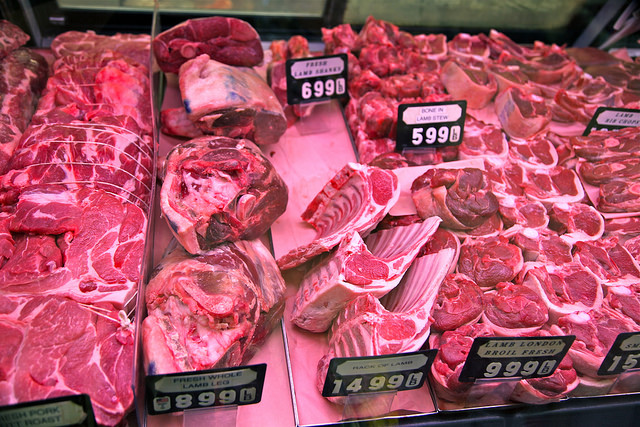 Like his counterparts across Canada, BC Minister of Agriculture Norm Letnick celebrated the federal government’s success and pledged “to do [the] upmost to ensure … that the terms and spirits of all signed trades agreements are adhered to.” I don’t know whether it’s ironic or tragic (or both) that this statement came only two hours after the Ministry of Agriculture encouraged BC residents to choose “home-grown holiday” ideas, and only shortly before it asked us to “sit back, relax, and set sail” at a local Vancouver Island winery. Either way, it’s worthwhile pausing for a moment to consider the impact of COOL’s defeat on BC’s agricultural policy, and particularly on its increasing calls to “buy local.”

Country of origin labelling is not new to the US or Canada. Both countries have extensive requirements that imported packaged products bear some information on the location of production, processing and/or packaging. In Canada, provinces have additional authority to regulate labeling within their borders and some, like Ontario, have their own requirements for geographic indications. Fresh meat products were not included in any of these regulations until the 2002 and 2008 US Farm Bills ended exemptions in the US and required beef, pork and lamb labels to identify the country where the animal was born, raised and slaughtered. Similar legislation has never been enacted in Canada or its provinces.

Supporters of the US’s COOL legislation argued that consumers have the right to know where their food comes from so they can make informed decisions regarding the safety, quality and healthfulness of what they consume. COOL was seen as a pivotal tool in efforts to protect local agricultural economies and offset some of the environmental impacts of distant production. Opponents, which in this case included not only Canada and Mexico, but also a host of major US meat packers and food companies, argued that COOL was economic protectionism and imposed a discriminatory cost on processors that was not outweighed by the benefits to consumers.

The actual effects of the US COOL legislation on the market for beef and pork are uncertain. In its submissions to the WTO, Canada relied on analyses conducted by Dr. Daniel Sumner and Dr. Sebastien Pouliot to argue that it costs our cattle industry upwards of $1 billion annually. However, economist Dr. Robert Taylor challenged this claim, suggesting that the market contraction over the last seven years may have more to do with harder economic times and a period of dollar parity than the additional costs of segregating meats for processing. According to Taylor, the legislation has not had a statistically significant impact on imports of feeder cattle into the US, nor has it had a significant negative impact on the price paid for imported cattle relative to comparable domestic animals. Similar attention does not appear to have paid to markets for pork and lamb.

Regardless of what the actual cost of the legislation turns out to be, sociological and economic research suggests that consumers show a marked preference for domestically produced foods when provided information about country of origin. It’s also clear that mandatory country of origin labeling is a highly popular policy intervention. For example, in a 2013 American poll, 90% of respondents said that they wanted to know the origin of fresh meat products (similar support has been found in surveys of European residents).

But at the end of the day, it wasn’t popular opinion that mattered, but rather whether or not the law “accorded less favourable treatment to imported livestock than to like domestic livestock.” The fact that despite its popularity, expanding COOL is hindered by international trade law illustrates the poor state of our countries’ political agency and our ability to use government regulation to meet broader goals related to food and agriculture.

What does this mean here in British Columbia? It means that despite the Ministry of Agriculture’s increasing emphasis on a buy local program to bolster the domestic market, we are one step further away from using robust regulatory action to achieve this goal. In the face of the WTO decision and the high levels of retaliatory measures granted, it’s highly unlikely that the US, Canada or its provinces will enact any further policy aimed at revealing the geographies of agrifood production regardless of the desire of residents to have such information or the potential impact of such action. The expanding reach of international trade law under CETA and other planned agreements only make this more certain.

It’s hard to know whether the Ministry of Agriculture’s current focus on raising awareness instead of enacting legislation is the direct result of the WTO challenge. But it’s interesting to note that the recent Agrifood and Seafood Strategic Growth Plan focuses almost entirely on end-market inducements and consumer programs to increase demand for local food. There is a passing nod to encouraging buy local policies at public sector institutions, which, if successful would provide a significant boost for BC producers. Nevertheless, it seems that our Ministry of Agriculture is quietly being transformed from a regulatory body with political teeth to a PR firm for local foods. The remaining policy interventions target individual consumers and industry. Plans include strengthening voluntary certification programs such as the Golden Mile, supporting industry-led e-commerce opportunities and encouraging the use of BC inputs in processing. Consumer focused strategies such as these can certainly impact the shape of the agrifood sector, as we have witnessed with the precipitous growth of organics. But they are inefficient insofar as they place the cost of segregating, labeling and advertising only on domestic firms instead of leveling the playing field for all agrifood actors. Robust COOL provisions enacted at the provincial level would seem like a more helpful policy move at this time – especially given increasing competition from European and Asian markets.

Only time will tell whether current government interventions are successful. What is clear though is that they are not COOL.

Globe misses the mark on food

Robin Jane Roff is an avid writer and researcher with a deep love of all things food-related. She comes by her passion for agricultural policy honestly after 4 years exploring the nuanced dance of industry, government and social movements during her doctorate degree at Simon Fraser University, where she focused on the political economy of agricultural biotechnology and alternative agrifood production. She currently works as a conflict resolution specialist for the UBC Faculty Association and thinks daily about the impact that fair employment structures have on our ability to achieve our social and environmental goals.