Climate justice and the BC carbon tax: 20th Anniversary retrospective

BC’s carbon tax was announced in February 2008, a year after the landmark February 2007 Throne Speech that focused extensively on climate change. That set in motion a whole-of-government exercise out of the Premier’s office aimed at developing a climate action plan. (See my ten-year retrospective here.)

At the time, a carbon tax was widely seen a litmus test for whether the government was serious about climate action. Those were heady days and demonstrate just how quickly things can happen with political will. On July 1, 2008, just months after the announcement, the carbon tax was in place.

My initial reaction to the carbon tax was cautiously optimistic—after all, one does not often see the birth of a new tax, especially not one aimed at climate action. The design of the tax and revenue regime has some solid attributes—broad coverage, phased in, low-income credit included—though it is far from perfect.

We don’t often see the birth of a new tax, especially one aimed at climate action.

But after seven years of public sector downsizing at the hands of the BC Liberal government, we at the CCPA were concerned that climate action in BC would be blind to negative impacts on the poorest in the province. It is widely known that carbon taxes are regressive, meaning they hit harder for low-income households as a percentage of income.

Around that time I worked with Toby Sanger, Senior Economist with the Canadian Union of Public Employees in Ottawa, on the Alternative Federal Budget (AFB). Toby was interested in the distributional side from working on the AFB’s Environment chapter, and shortly after BC’s carbon tax was announced he crunched numbers using data from StatsCan’s Survey of Household Spending. We then set about completing the analysis and in October 2008 published Is BC’s Carbon Tax Fair? An Impact Analysis for Different Income Levels.

Our paper was the first to model the distributional aspects of the new carbon tax along with the “recycling regime” consisting of a low-income credit, and personal and corporate tax cuts. The paper found that in the first few years of the carbon tax, the low-income credit was sufficient to offset the cost of the tax for the bottom 40% of households (on average). But the credit would need to continue to increase along with the tax, which it did not.

We also argued that carbon tax revenues should support other initiatives that reinforce climate action rather than tax cuts that predominantly benefit the wealthy. That is, we argued against the principle of “revenue neutrality”—that all revenues should be returned as tax cuts—which was fashionable in academic and policy circles at the time. CCPA public opinion research found that either people did not get revenue neutrality, did not believe it or thought it was stupid.

When it came time to release the report we gave the Climate Action Secretariat a heads up only to get a terse email back from Director Graham Whitmarsh that our somewhat critical perspective was “not helpful.”

We at the CCPA had been concerned that this climate action in BC would be blind to negative impacts on the poorest in the province.

Not helpful was also the attitude of the opposition New Democratic Party.

Smelling blood, the NDP launched a populist “Axe the Tax” campaign for the 2009 BC election. I was openly critical of this anti-tax direction push, which made me unpopular in NDP circles for some time. The campaign was part of the NDP’s electoral loss in 2009, but the party has come around to a position more like what we’d been articulating all along.

On the other hand, support for the carbon tax won us accolades from many academics who appreciated my (more nuanced) interventions. It was a good example of “calling them as we see them”—as a non-partisan and independent research institute we had to judge policy on its merits.

There were also differences of opinion on the carbon tax within the CCPA-BC network, including on our Board. Some did not trust the BC Liberals to bring in an effective climate plan. Others (rightly) pointed to the bigger context: the BC government was simultaneously planning a major highway expansion (Pacific Gateway including the new Port Mann bridge) and was encouraging more natural gas development in the northeast.

In the mix, we lost a few donors, and I’m grateful my director, Seth Klein, stood up for me and our research independence. Interestingly, Toby and I were building off the framework for carbon taxation that was in CCPA’s Alternative Federal Budget.

The BC carbon tax went on to garner widespread and often uncritical praise, but in truth it never really got past the baby steps (see the full debunking here). The tax was phased in, starting at a low level $10 per tonne or about 2.4 cents per litre at the pump—rising to $30 per tonne in 2012, the level many researchers and carbon tax supporters had hoped it would start at. At its current $30 per tonne (6.7 cents per litre) the carbon tax is considerably less than the fuel tax in Metro Vancouver (23.5 cents per litre).

We believed we had value to add to the policy debate based on our track record of reporting on inequality, poverty, public services and taxation policy—and that kernel of an idea became the Climate Justice Project.

The government vowed the tax would continue to increase beyond $30 per tonne, but later showed no appetite for increases. Former Premier Gordon Campbell recently lamented not planning increases over a longer timeframe, and his successor Christy Clark took much greater interest in fossil fuel development via liquefied natural gas (LNG).

Is BC’s Carbon Tax Fair? was essentially the first full research report out of the Climate Justice Project (CJP). It was published as we were writing the grant proposal for the CJP to the Social Sciences and Humanities Research Council, which we found out we won a few months later in March 2009. We believed we had value to add to the policy debate based on our track record of reporting on inequality, poverty, public services and taxation policy—and that kernel of an idea became the CJP.

I did a follow-up piece, Fair and Effective Carbon Pricing, in 2011, and a lot of other carbon tax commentary, but Is BC’s Carbon Tax Fair? seems to have received the most citations by other academics and researchers so it may be one of the most influential papers I’ve written for the CCPA.

As I write, we are in the early days of a new NDP government, supported by the Green Party. Together, they have endorsed a return to carbon tax increases starting in 2018 and to improve the credit to assist low-income households. The BC Liberals, who brought in the carbon tax, are opposed to increasing it. We, for one, have been consistent in our commentary.

Fixing the carbon tax: A closer look at the BC NDP’s climate plan 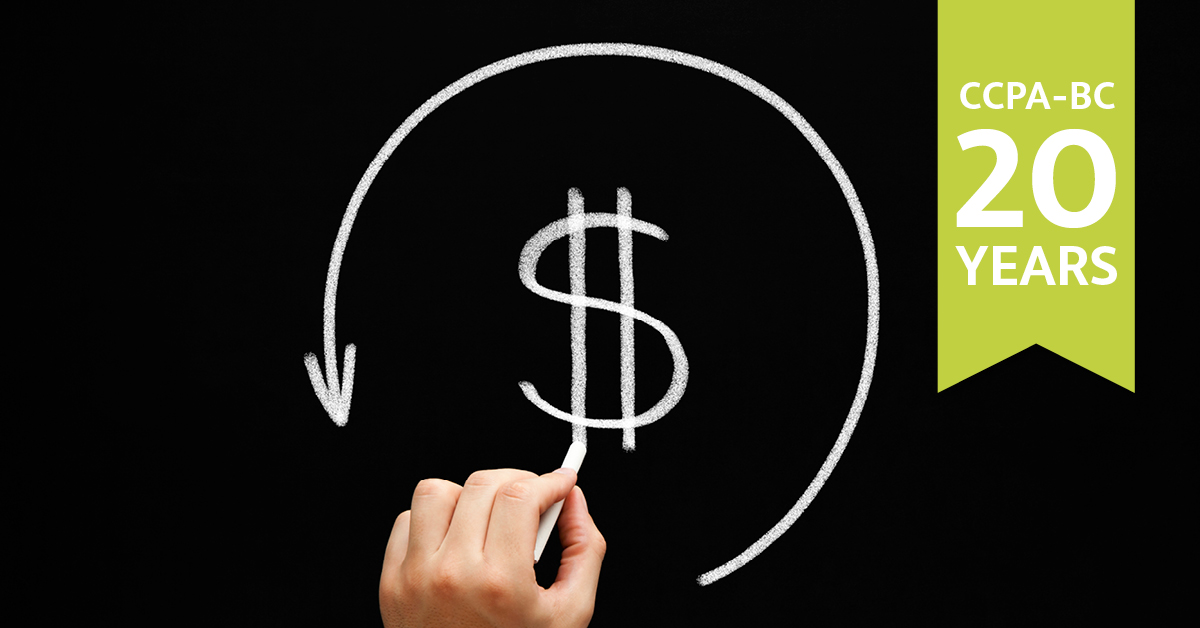