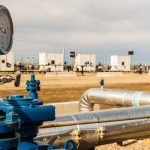 By Ben Parfitt
Scientist warns cumulative effect of thousands of fracked gas wells means powerful earthquakes ahead for northeast BC Massive amounts of water pumped with brute force into the earth at thousands of fracking operations is priming the pump for potentially deadly earthquakes in British Columbia’s Montney basin, warns a former top scientist with BC’s Oil and… View Article 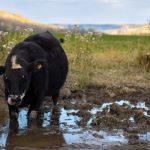 By Ben Parfitt
As deadline looms, thousands of BC groundwater users risk losing access to water, but not most water bottling, fracking and mining companies In February 2018, the head of a little-known Surrey-based company asked the BC government for a licence to withdraw 864 cubic metres of water per day from a well drilled deep into the… View Article 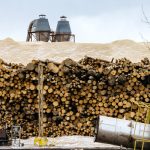 Burning our way to a new climate?

By Ben Parfitt
As UK’s Drax makes play for BC’s wood pellet mills, questions grow about wood-fired electricity With its six massive 660-megawatt power units, the Drax power station in North Yorkshire is the United Kingdom’s largest thermal electricity plant. When it opened in the mid 1970s, the giant facility burned coal. Today, however, Drax burns something else:… View Article 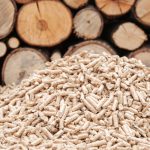 By Ben Parfitt
The residents of Fort Nelson know better than most rural British Columbians about the harsh economic realities of resource dependency. It is now 13 years since the forest industry ditched the community in dramatic fashion when Canfor Corp. ceased all its local operations in the region and closed its plywood and oriented strand board (OSB)… View Article 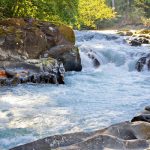 Thirsting for information: reforms to industrial water use badly needed

By Ben Parfitt
As British Columbians are discovering everywhere, one of the greatest and most pressing challenges posed by climate change is drought. Consider just three examples. On Vancouver Island, pulp and paper producer Catalyst Paper pumped massive amounts of water from Cowichan Lake into the Cowichan River in 2019 to boost the river’s water levels. It was… View Article 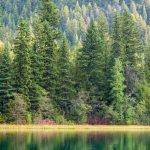 Healthy forests for a cooler future

By Ben Parfitt
There was every reason to believe in the early spring of this year that the most ambitious tree-planting program in British Columbia’s history would be scuttled by COVID-19. A record 310 million seedlings were slated to be planted. But with the unfolding pandemic, all bets were off. Only after tree-planting companies, First Nations, provincial health… View Article 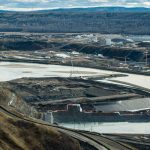 By Ben Parfitt
Appointment of engineer with long-term ties to BC Hydro to be government’s “independent” advisor on dam’s construction raises vexing questions In 2011, his last year as a salaried employee at BC Hydro, Tim Little earned just under $210,000 as the Crown corporation’s chief engineer. The next year, after decades of service for the publicly owned… View Article 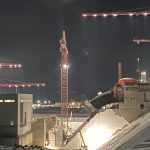 By Ben Parfitt
Court documents and FOI materials show BC Hydro knew shale would move at troubled construction project, yet Hydro proceeded with river diversion BC Hydro approved the pouring of massive amounts of concrete to build a buttress at its problem-plagued Site C dam project months before a critical drainage tunnel was completed to draw water away… View Article 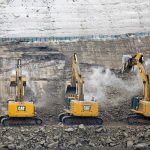 Site C’s radical makeover: What the ‘L’ is going on at problem-plagued dam construction project where costs keep piling up and completion remains years away?

By Ben Parfitt
BC Hydro knew 30 years before it started building the Site C dam that its chosen location for the most expensive publicly funded infrastructure project in British Columbia’s history had big problems.  In fact, by the 1980s, BC Hydro had done tests showing that the ground at Site C had serious flaws “due to the… View Article 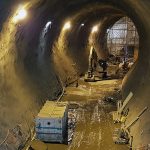 A Big Fracking Mess: As Site C dam construction bogs down in geotechnical problems, thousands of earthquakes triggered by fracking operations occur nearby

By Ben Parfitt
Earthquakes triggered by natural gas industry fracking operations near BC Hydro’s troubled Site C dam construction project are far greater in number than previously thought, raising troubling questions about whether they are adding to the already formidable geotechnical challenges at the site. Not only are more earthquakes occurring in proximity to the costliest public infrastructure… View Article
« Previous 1 2 3 4 5 … 12 Next »