Apples and oranges: Comparing BC and Ontario debt ratios

The February 18, 2015 edition of the Globe and Mail featured an article by the paper’s B.C. correspondent Gary Mason, which in part drew favourable attention to BC’s debt-to-GDP ratio in comparison with that of Ontario. On face value, B.C.’s reported debt-to-GDP ratio calculated from its most recent audited statements of 18.2% looks pretty good compared with the ratio for the same time period reported for Ontario of 38.4%. Unfortunately, a fair comparison of the positions of the two provinces is not as straightforward as it might seem. 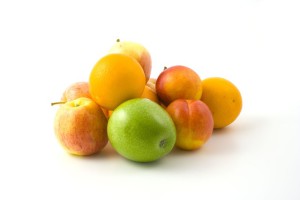 reported debt-to-GDP ratio is the ratio of taxpayer-supported debt to GDP. “Self-supported debt” is not counted in the reported ratio. If it were counted, adding the $19 billion in self-supported debt to the $41.8 billion in taxpayer-supported debt would increase B.C.’s debt-to-GDP ratio to 26.5%.Why is this a problem? Because Ontario’s public accounts don’t distinguish between different types of debt on this basis. Ontario’s accounts consolidate the debts of all government agencies, regardless of their sources of revenue; B.C.’s accounts do not. So the relevant comparison is between a B.C. ratio of 26.5% and an Ontario ratio of 38.4%.

And the problems with the comparison don’t stop there. While both Ontario and B.C. have relied to a greater or lesser extent on P3s as a way to finance public infrastructure, B.C.’s relative reliance on these vehicles has been significantly greater than Ontario’s. P3 financing doesn’t show up as a debt of the province, but requires the provincial government to make payments to the P3 operator over the life of the scheme. To give an idea of orders of magnitude here, the B.C. public accounts report (note 27 to the financial statements for 2013-14) a value for future contractual obligations payable by taxpayer-supported Crown corporations and agencies amounting to a total of $42.97 billion – more than the officially reported provincial debt.While this amount would clearly overstate the equivalent to debt amount embedded in P3 contracts, debt embedded in P3 contracts would have a material impact on any comparison, given the extent of B.C.’s reliance on P3 financing.

The Ontario public accounts report a figure of $15.9 billion for “alternative financing contracts” (note 13 to the financial statements for 2013-14) as compared with reported provincial net debt of $229 billion.This kind of complication isn’t unique to B.C. There are significant differences in approaches to financial reporting and consolidation across the country. But B.C.’s colourful history in the matter of public debt puts it in a class by itself, going back to the day in the 1970s when WAC Bennett celebrated the end of provincial debt by shooting a flaming arrow onto a raft covered with paper and anchored offshore in Lake Okanagan, only to have to admit a few days later that he hadn’t been counting the billions in debt attributable to B.C. government agencies.

At some point, when Statistics Canada starts producing a replacement for its terminated data series on government finances, we may again be able to make sensible and consistent comparisons among Canadian provinces.Until then, we should take comparisons based on individual provinces’ financial statements with more than a few grains of salt.

One final note: with all this talk about public debt, it’s important to emphasize that debt isn’t necessarily a bad thing – it’s how governments pay for infrastructure and things we all rely on; things that improve our quality of life.But transparency, and ensuring we’re measuring similar things, is important.

Originally posted on our National Office’s blog, Behind the Numbers.