J David Hughes has studied the energy resources of Canada and the US for four decades, including 32 years with the Geological Survey of Canada as a scientist and research manager, where he headed unconventional gas and coal research. His research focus is on unconventional fuels, primarily shale gas and tight oil, but also coalbed methane and other unconventional sources, including oil sands, coal gasification and gas hydrates. Hughes is currently President of Global Sustainability Research Inc, a consultancy dedicated to research on energy and sustainability issues. Clients include a range of energy companies, investment firms and non-profits. David has researched and lectured widely on global energy and sustainability issues in North America and internationally. 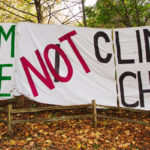 By J David Hughes
The Fraser Institute’s new report, The Costs of Pipeline Obstructionism, claims that lack of new export pipelines to tidewater is costing Canada $2.02–$6.4 billion dollars per year (depending on the assumed oil price). The authors offer the following table, based on exports via the proposed Energy East pipeline, as evidence (Table 1 from page 10… View Article

By J David Hughes
Today’s report from the Fraser Institute, LNG Exports from British Columbia: The Cost of Regulatory Delay, states that “revenue losses from regulatory delays imposed upon the BC LNG export market would be on the order of $17–23 billion (US) per year.” This, they say, is equivalent to 9.5% of 2014 BC GDP. A closer examination… View Article
« Previous 1 2